Cloud connectors: The IT guy of the future 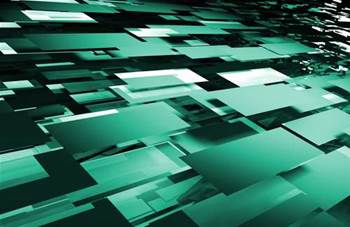 [Opinion] As virtualisation and networking tools converge, what skills will be in demand?

The rapid rise of converged infrastructure in recent years and the latest announcements from Cisco and VMware around software defined networking have given rise to the idea of “virtualised networking” to go along with virtual machines and virtual storage.

In reality, networking has been virtual for a very long time (after all, it’s what the V in VLAN stands for), so what’s different now?

Virtualised networking attempts to move the locus of control of the network from the network team to the virtualisation team. Tools are being created for virtualisation admins to be able to control network devices, similar to those available for triggering snapshots on storage devices.

Every siloed infrastructure team longs to be in total control of their own destiny, not beholden to the vague notions of “those people over there”. It’s a symptom of the silo culture; no DBA wants to field a support call at 2am because the storage admin dropped the LUN the main indexes live on.

The sheer number of servers that have become virtual, particularly test and development machines, means there is now a concentration of resources, and therefore power, in virtual infrastructure and those who look after it. There is a large market there, and vendors are simply following the money with tools designed for their target market.

But while some of the existing network devices may become virtualised, as physical servers were before them, there will always be physical infrastructure in the datacentre.

Joe Onisick, technical marketing engineer at Cisco, told me recently that “data centre networks are an ecosystem of virtual and physical servers/devices. Focusing on one does not support applications end-to-end.” And he’s right. Some applications have physical servers for very good reasons, and the same is true of physical network devices.

To blithely state that ‘software always wins’ is to miss the point. Software has to run on something.

Indeed, networking software originally ran on servers, but it was moved off because there are real advantages to running dedicated software on a dedicated device. To think otherwise is to think that we’re all better off going back to only having mainframes and writing everything in Java or COBOL.

I discussed this topic with Scott Lowe, engineering architect at VMware, while he was in town for the recent VMware VMUG User Conference.

"The industry is going to move to a spot where, as IT professionals in the datacentre, we’re going to have to know more than just our one area, but we don’t necessarily have to be super-deep in all the areas," he said.

“You might see a virtualisation admin who is also quite conversant with networking, but maybe not to the level of a networking expert."

And that’s the crux of the matter. Convergence of some bits of infrastructure doesn’t mean we go back to having only ‘sysadmins’ who do everything any more than we can return to the days of the Renaissance Man.

Networking people will still exist, but they’ll need to learn something about NFS as well as BGP. Hyper-V boffins will need to understand why the database needs more than one LUN.

For that reason, I welcome the prospect of virtualisation admins learning OSPF. Anything that gets technologists talking to people outside their own petty fiefdoms can only be beneficial.

The big winners will be the generalists, those who have eschewed specialising in favour of a broader understanding. They can provide vital assistance, translating between arcane dialects as their native speakers attempt to forge an alliance in support of the common good.