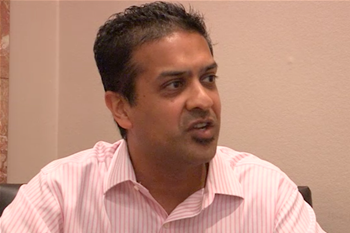 To standardise on regional core platform.

Citi Australia plans to increasingly consume standard software from its global parent as local technologists become “power users” rather than developers of IT.

The finance giant has been moving to retire local applications in recent years, choosing to deploy regionally developed software without any customisations where possible.

By October this year, it will move from a heavily customised core banking platform for its Australian consumer business to a standard, global version under the three-year ‘Project Rainbow’.

“The core banking systems for transaction services and consumer are run out of the region, but in some cases are somewhat bespoke to us,” explained Deepak Jain, head of operations and technology, Citi Australia and New Zealand.

“By moving onto this platform, they’ll no longer be bespoke. There will essentially be parameters that we’re setting within a common codebase.”

Previously, technologists focused their efforts on gathering business requirements to determine how software should be developed.

Jain said his resources were better spent encouraging the business to use existing software to its full potential.

“One of the goals I have from the business this year – which I think is a little bit different from the CIO of the past – is as well as delivering the system, I have a specific goal around leveraging the system,” he said.

“That’s not about deploying code, deploying infrastructure, deploying applications; that’s about given the fact that we’re doing a deployment, how can the business make the most of it.

“It’s a revenue goal: how much revenue can I derive from an application.”

Jain said Citi Australia had the ability to feed local business requirements into global software development plans, but suggested that it would be better off leveraging other countries’ investments.

He acknowledged that the new goal required a change in mindset for technologists who may have had a “natural inclination” for development.

“But I tend to think that if I wanted to be a pure technologist, I would have joined a technology company,” he said. “I work for a bank because I’m a banker.

“There will be nine features out of ten that you wouldn’t have thought of and that you’ll get and say, ‘wow, I can do something with that, but I wouldn’t have imagined it’.”