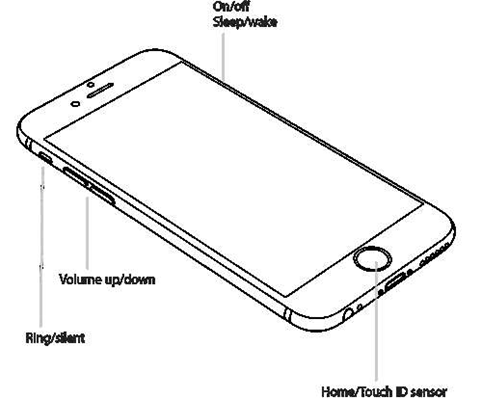 If you’ve ever held a Samsung phone or heard the word “phablet”, you’ll probably get a ping of recognition when picking up the larger iPhone 6 Plus.

Apple has paid homage to older iPhone models by ditching the square approach of the iPhone 5 for a curved, seamless aluminium design. The glass bars that ran along on the top and base of the iPhone 5 are replaced by a white or black lines, to allow for antenna clarity. 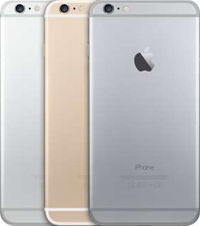 Apple has again tried to get each new model thinner than the last, and this iPhone is no exception - but you’ll quickly notice that it compromised on one design aspect to get the phone that bit thinner; the back camera lens sticks out significantly from the rest of the device.

While our banking mobility gurus had mixed feelings about the design, all agreed the decision to offer two choices of form factor was a good one and catered to users with different preferences and ways of working.

Westpac’s Zaid was not swayed to the larger display of the iPhone 6 Plus, and thought the design mimicked a Samsung device. It felt slightly less expensive than the iPhone 5, he said.

“The two form factors are nice, it gives options to different users, but the devices feel a bit less premium than previously.”

Zaid was, however, a fan of Apple’s decision to offer the user a choice of two app display sizes when setting up the phone. ING Direct’s McGuinness and ANZ’s Dalton agreed and both very quickly got used to using the larger-screened, curved device.

“The screen looks very crisp, and there’s less scrolling around with the extra line of real estate. It fits perfectly in a suit pocket,” Dalton noted.

“The curved display is nice, it feels good to hold in the hand,” McGuinness said. “The larger form factor is nice, maybe not so good as just a phone, but the larger real estate is great for working in apps.”

Your attitude to the phone’s price depends largely on how you plan to use the 5.5in monster: the iPhone 6 Plus starts at $999 for 16GB and goes all the way up to $1240 for the 128GB model. At that price, it competes in laptop territory - almost as much as you would pay for a 12 inch, 2.5Ghz MacBook Pro with a 500GB hard drive, which costs around $1349 from the Apple store.

Under the hood, the 6 Plus packs a 1.4GHz dual-core Apple A8 processor, which the company claims will consume 25 less of the 2915 mAH battery.

(In comparison, the similarly-sized 5.7in Galaxy Note 4 totes a 3220 mAh battery, while the smaller iPhone 6 carries a 1810 mAh battery, not significantly improved from the iPhone 5s’ 1500 mAh battery.)

There’s a reason Apple reported sales of more than 10 million new iPhones in the weekend following the release of the devices on Friday - the company’s focus on design and user experience has resulted in yet another laudable device.

But while general consumers are once again lining up in droves to purchase another piece of Apple history, Australia’s banks still face an uncertain 12 to 18 months until Apple decides how and whether to launch its payments service down under.

In the meantime, the future of NFC-based stickers and cases hang in the balance.

Has Apple's lack of clarity on Apple Pay in Australia affected your NFC plans? Will the service make stickers and cases redundant? Tell us your thoughts below.