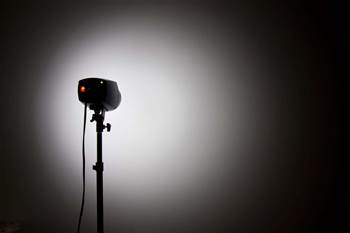 "My question is: do you buy into the all-flash data centre?"

"Mike and I had a conversation about this before we came on," HP Storage's marketing executive Craig Nunes interjects, before turning to face Abram: "I want you to answer truthfully".

The truth for Abram and Alcoa is that despite the cost of flash falling - HP used its recent Discover event in Las Vegas to announce the cost per usable gigabyte of flash in its 3PAR arrays had fallen from $2 to $1.50 - it's still not financially attractive to run everything in solid state.

"If you see [the cost of] flash dropping and the cost of your disk holding true then I would absolutely see [all-flash] happening," Abram said. "But over the course of time we all know that [disk's] going to become cheaper as well."

"I think our premise, to be clear, when we talk all-flash data centre, we're talking about the active processing going to flash," Nunes countered.

That concession was naturally a far more agreeable prospect for Abram. "I certainly wouldn't argue an all-flash data centre is not in the too-distant future, and particularly if you talk about active data."

For the all-flash purists

The fact that HP defines an all-flash data centre as one that isn't all-flash isn't exactly a vote of confidence in the capability of solid state arrays to oust disk - even tape - from enterprise environments.

Even if HP sticks with that definition and limits its vision for flash to active data, its short-term success in selling all-flash arrays could still be fairly limited.

Gartner's most recent Magic Quadrant for solid state arrays predicts that "by 2020, the percentage of data centres that will use only [flash arrays] for primary data, instead of hybrid arrays, will increase from 0 percent today to 25 percent".

In other words, while flash is finding its way into the data centre, that path will remain through arrays that contain a mix of flash and spinning disk, rather than only solid state disks.

Gartner sees all-flash as just that: covering all storage tiers, not just the lowest hanging fruit. Of the customers who deploy all-flash arrays by 2018, Gartner predicts the arrays "will manage and store 15 percent to 25 percent of all mission-critical, near-line and archived data".

"The bottom line is, at some stage just like the move from tape to disk, organisations will move to all-flash," McIsaac said.

"Even if disk is substantially cheaper than flash, at some [dollar per gigabyte point] it's no longer that important compared to the benefits of the faster media, and you just move.

"The problem is I don't really know what that $/GB [tipping point] is."

It's worth explaining the $/GB metric used by HP, Fusion-io, EMC and others when trying to sell enterprise users on falling flash costs.

The cost per 'usable' or 'effective' gigabyte - invariably ranging between $1 and $2 - is predicated on the customer buying deduplication or other compression software to achieve a certain degree of benefit.

HP's Nunes puts the raw data cost in a 3PAR StoreServ array at $5 a gigabyte - "call it $6 protected with RAID". He notes that if the customer is then able to achieve a "4:1 compaction" ratio on the data they put on that array, "you're down at $1.50" for each so-called "usable gigabyte" of storage.

Similarly, EMC sells XtremIO on the idea of "effective capacity".

"If I can deliver you an XtremeIO array that has 10TB of raw capacity but can store up to 150TB, the more we're able to compress that data, the more we can logically store," XtremIO regional sales manager Darren McCullum said.

"So 10TB of raw storage looks pretty expensive, [but] 150TB of effective capacity, all of a sudden the effective cost per terabyte is a lot lower."

The flipside of that is customers who buy flash arrays but don't dedupe experience flash at a significant premium per gigabyte or terabyte compared to the cost of hard disk.

Alcoa, as it turns out, is one of them.

"In our organisation we're not doing the dedupe at this particular point," Abram said. "Now it's about our next evolution in going down the dedupe route to achieve that lower [$/GB] number."

"You look at what you have on that array," he said.

"A lot of times what you park there first are your highly business critical applications and that's not necessarily where you want to start with dedupe."

The reason any of this is important is because it's a central marketing message in the industry - the supposed intersection of flash and (high-end) disk storage pricing.

That idea was inflamed by David Floyer, the CTO of Wikibon - a kind of crowdsourced research house - in April when he laid out expectations for "capacity flash using data reduction and sharing to be lower cost that capacity disk in 2016."

"If you were to equate high-performance disk with flash, [Wikibon's] projections are that over the course of this year and into next, the two will intersect," EMC's McCullum said.

"So if all things were at best or at worst equal cost-wise, then all of the benefits of flash are unlocked and then the cost argument [of flash vs disk] goes away."

Those in the hybrid storage market - which Gartner expects will remain most firms' entry point for flash storage - see it slightly differently.

"As much as some of our competitors will talk around how they can dedupe data to a degree where the flash becomes almost the price of disk, therefore why wouldn't you [go all-flash] … that does hold some water, but at the end of the day the cost profile is always going to be better in a hybrid environment," Tintri A/NZ managing director Graham Schultz said.

"You can still do that dedupe - which we do - and then have the option of disk-based storage for the lower performance profile workloads."

Despite espousing it, the storage vendors seem all too aware of the limitations of the commodity $/GB sales pitch when it comes to driving enterprise adoption of solid state arrays.

"You look at how the industry for a very long time has used cost per gigabyte - even cost per usable gigabyte - and I don't think it really tells the story of the impact of what flash is doing," Pure Storage's APJ CTO Michael Cornwell said.

"What it really comes down to is what flash is doing for business, and how it's able to help accelerate business with performance.

"The Australian market is much more sophisticated around [total cost of ownership] and return for the business than just measuring things by cost per gigabyte."

Even HP Storage's local team knows the cost per gigabyte pitch will only get them so far.

"What we're seeing in Australia is that customers are really looking at the full TCO of an investment. They're looking at power, cooling, floor space, and also the initial capital cost," HP Storage South Pacific general manager Paul Shaw said.

"One of the game changers of the all-flash array is in the past, spindles [hard disk drives] equalled performance, so you needed a large number of spindles to generate the front-end to back-end performance that an application needed.

"What we're seeing in the future of all-flash arrays is that a very small number of drives can give you an extreme amount of performance.

"The cost savings come from the fact you need much fewer SSD drives running in higher density. When you layer on top of that the power, the floor space, the cooling [savings] then it really is becoming affordable."

SanDisk A/NZ country manager Simon Williams - the previous local head of Fusion-io before it was acquired by SanDisk - is particularly bullish on the advantages of flash when density, power usage, cooling and performance savings are taken into account.

"We're at an inflection point where we believe from a TCO basis that we've been well ahead of hard drives for a number of years," Williams said.

IBRS' Kevin McIsaac is more cautious, noting power and cooling savings could be hard to quantify.

"All-flash should use less power and require less cooling," he said. "However, few organisations track these costs and can't properly evaluate the benefits."

Check out part two of our feature on the feasibility of the all-flash data centre.