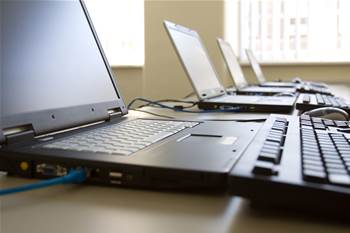 Western Australian mining interest Albemarle has used virtual desktop infrastructure (VDI) infrastructure and rented a fleet of laptops to deliver induction training to 230 new employees this year at “substantially cheaper” rate than it would have cost by buying the laptops.

The company, which is the local arm of a multinational producer of industrial catalysts, bromine and lithium, also has interests in WA lithium mines at Greenbushes and Wodgina, and is ramping up a major new lithium processing plant in the Kemerton Strategic Industrial Area, near Bunbury.

That $1 billion site will be among the world’s largest and will create 370 new operational roles as the company works to become a major supplier of raw materials for the rechargeable lithium-ion batteries that power mobile devices, electric vehicles, and renewable energy storage.

Instead of assigning several employees to each laptop, the company’s strict authentication security requirements meant each user needed a separate device.

With a limited IT budget to deliver 170 laptops – and the knowledge that most employees would be logging into shared operator workstations once on-site – IT manager Tom Rimmer said the TCO discussion was complicated.

“Buying a $3,000 enterprise laptop for each of them for three months didn’t make a whole lot of sense,” he explained, “since those staff weren’t necessarily going to have a 1:1 device ratio once they’re on board.”

“We were trying not to buy a bunch of devices that we weren’t going to use once we finished the onboarding.”

Albemarle’s corporate division was able to provide an alternative solution – a hosted VDI server to deliver a standard operating environment (SOE) for training purposes. But the team still needed to figure out how to supply enough powerful laptops for its training needs.

“We did look at purchasing lower-spec laptops and using VDI as a solution,” explained Albemarle training superintendent Ross Graham, “but even at $1000 each, it’s still a large payout.”

“There was also the question of what we could do with those lower-spec machines, because we couldn’t use them again in the enterprise since we would have no way to image them with our SOE.”

That meant creating a large amount of e-waste, which he said would be inconsistent with the values of a company whose extensive investment in battery technologies is tied to overriding sustainability values.

By purchasing lower-spec systems, Graham said, “we would either have had to dispose of them or try and donate them out to different organisations.”

The team considered tablet devices but found that their lack of keyboards and “limited experience” made them an unsuitable compromise.

Albemarle reconciled these needs by engaging workforce technology rental specialist Hire Intelligence. It eliminated the e-waste issue by renting high-end HP ProBook training laptops at what Rimmer called “substantially cheaper” prices which were a fraction of the purchase price.

This allowed Albemarle to simplify its corporate security requirements by building one SOE and using the VDI platform to push it to every device.

This approach proved to be efficient as the team built and tweaked the SOEs and tested installed Wi-Fi infrastructure to ensure it could support many devices in the same location.

Hire Intelligence provided test devices for Albemarle’s IT and training teams to use to tweak the training SOE, which was also tested on the VDI environment to ensure things like browser compatibility.

“We wanted it very simple,” Rimmer said, noting that many of the new staff “are not what you’d call power users. So we wanted to make the VDI something where users could just open the device up and away you go”.

The hosted desktops also enabled Albemarle to add specific applications as needed, while retaining the consistency of the core SOE.

“There were a couple of times when we had an application that wasn’t part of our SOE,” Rimmer explained, “but because of VDI we were able to add them to the VDI image so that people logging into the systems could have that application instantly.”

“This made us able to flex as needed, and staff were able to get the full experience.”

Power for the future

By tapping an equipment-hire provider for training devices, rather than investing a large amount of capital in laptops, Albemarle was able to contain training costs while minimising e-waste.

When “one or two” of the devices failed over the course of the training, Rimmer dropped them into Hire Intelligence’s Perth offices and left with a replacement that had already been configured with the company’s SOE – reducing downtime and training disruption.

While many of the devices have since been returned, the expanding team has kept using “quite a few”, Graham said, for ongoing training as the venture continued to add team members throughout the year.

“The combination of finding something middle-of-the-road, which wasn’t necessarily the absolute cheapest item but was also reasonably priced, was a more sustainable option,” Rimmer added.

“It makes sense that we can use it to flip up or down as we need for other options in the future.”

Hire Intelligence’s national general manager Neil Levin said “there are many reasons to rent technology for a short term, but there is no better reason than the provision of quality laptops or desktops for internal staff training or computer based examinations. The time-savings across logistics and the peace of mind for the organiser are just cherries on top.”