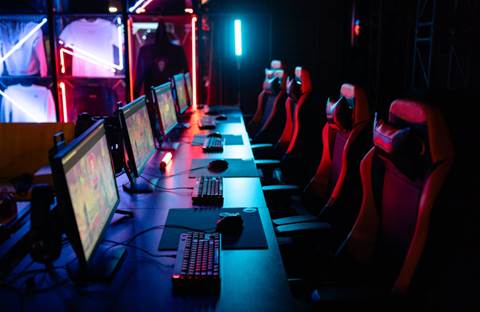 The popularity of esports has grown exponentially over the past two years with players and viewers alike increasing. A good example of this is at the end of 2021, the World Championship finals of League of Legends garnered a record viewership of 4 million people.

With esports audiences and players increasing, so too do investment opportunities. The esports and gaming industry is experiencing tailwinds that will be sustained for many years to come, according to Clayton Larcom, Chief Investment Officer (CIO) at PAC Capital.

He said the way people interact, work and play with one another are some of the reasons why the esports sector is growing. There are three key trends driving the growth within esports, these are mobile and cloud technology, streaming and gaming as a platform, Larcom said.

According to Larcom, across the world mobile device costs have steadily declined while performance and costs have improved.

“Along with this, game developers are increasingly looking to make device agnostic games and in particular, games that are compatible on mobile devices. This is untapping previously underserved markets, especially in regions such as Latin America and Africa,” he said.

Improvements in connectivity and gaming equipment have facilitated the rise in live video game streaming. In 2021 there were an estimated 729 million gaming live stream viewers, and this figure is expected to grow by 9 per cent per annum, Larcom said.

“Platforms such as Twitch and Steam attract enormous amounts of eyeballs and are built around gaming and gaming related content. Metaverse platforms such as Roblox aim to build virtual worlds where people can play, interact and explore and even shop using virtual currency."

In the fourth annual esports survey from Foley, 88 per cent of executives surveyed said they expect investment and deal activity of increase in the first six months of 2022. This is a jump from 73 per cent who uttered those same sentiments in 2020.

Bobby Sharma, special adviser to the sports and entertainment Group at Foley said, “What we’re seeing may be a recognition that esports is complex — a different and, in some ways, more complicated ecosystem than traditional sports."

“As such, it’s taken some time, but the primary investment vehicles in the space have begun to develop a very specific level of expertise and portfolio, and it seems the marketplace may now be recognising and understanding that better,” Sharma said.

Currently the industry is larger than the film, music and TV industries combined.

“Since 2011, the majority of this growth has come from mobile gaming and more recently from esports. The esports industry now continued over US1$ billion per year in gross revenue with this figure expected to grow by 11% p.a over the coming 4 years,” according to Larcom.

The gaming and esports audience is enormous and growing rapidly. It is estimated that by 2024 there will be 3.32 billion video game players worldwide. The gaming live stream audience is expected to grow to 920 million by 2024 from 728 million in 2021.

“The enormous growth in engagement is creating opportunities for developers, advertisers, equipment manufacturers, betting platforms, teams and other associated goods and service providers which in turn creates opportunities for investors,” he said.

It is not just traditional investors and gamers who want a piece of the esports pie, Larcom said he has witnessed sports organisations putting their hat in the ring to invest in esports. Through either creating their own esports league such as NBA 2K league or their own sports team such as the Manchester United FIFA team.

“Likewise traditional video game developers and publishers have made esports a key focus of their strategy and have been investing in leagues to support their games,” he said.

Individual investors and investment managers have been investing in esports by taking exposures in companies engaged directly and indirectly in esports, Larcom said.

For Aussie investors wanting to become a part of this lucrative industry there are some downsides as the opportunities are limited according to Larcom.

“Most of the investment opportunities are centred in the United States, Asia and Europe. That being said, there are some great Australian companies in the space. Our favourite is Picklebet, private company in which we are a material shareholder."

“Picklebet is an Australian Esports betting platform that has enjoyed phenomenal growth over the past few years. The company facilitates wagers on who will win professional video game competitions across both console and PC game,” he said.

Over the next 12 months, Larcom expects to see a further intensification of industry consolidation as companies look to strengthen their competitive position by acquiring or merging with competitors.

Already in 2022, the biggest tech deal in history has been made with Microsoft buying Activision Blizzard for US$68.7 billion.

The only real barrier for investors to get involved within the esports sector is understanding esports itself, Larcom said.

“That is why investing through a managed fund such as the PAC Global Esports Fund and leveraging the expertise of professionals is in our opinion the best alternative,” he ends.