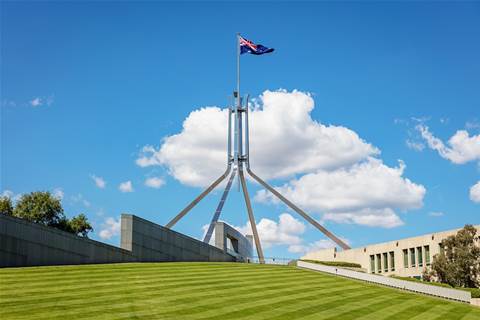 Australia’s public sector agencies found their digital fitness tested like never before in 2020, when they were given weeks – and even just days – to complete projects which would have normally taken months or more.

While digital transformation is often described as a marathon, the pandemic showed that being digitally fit also means being able to sprint occasionally too.

Nowhere was the need for rapid response more evident than for frontline health services.

In the early days of 2020, as Covid-19 cases surged in China and Italy, it became clear that existing health service models here might struggle to meet demand.

For Ambulance Victoria’s Adult Retrieval Victoria (ARV) division, the pandemic posed a challenge for its ability to move critically ill patients to appropriate points of care.

According to ARV’s director, Jason McClure, the service typically moves around 10 patients each day.

“In March we could see that COVID was becoming a problem,” says McCLure. “We were starting to field questions from the Department of Health and Human Services (DHHS) and other places trying to work out how many intensive care beds there were in Victoria, how many ventilators we had, and so on.

“It became apparent that information was buried in reports and might not be reflective of the situation right now. There was also a concern that we didn’t have the resources to support the sheer apocalypse that was being predicted.”

So McClure developed a plan that could see patient movements increased to between 30 to 50 per day.

“I went to DHHS, and they said they needed me to tell them how we could move between 200 and 300 intensive care patients, so I was out by a factor of 10,” McClure says.

McClure started discussions with related parties, including the Chair for Outcome and Resource Evaluation at Australian New Zealand Intensive Care Society (ANZICS), David Pilcher. They quickly decided that a key part of any solution would be up-to-date inventory and utilisation data on critical equipment.

Thankfully, ARV also maintains a real time database of ICU beds and occupancy in Victoria in the REACH (Retrieval and Critical Health) Information System, and within REACH was a potential solution, in the form of a mass casualty event tool called the Health Instant Consequence Tool (HICT).

“It wasn’t going to be adequate for what we needed, but we thought something like HICT could be useful,” McClure says.

“And if we were going to collect information for the 47 hospitals in Victoria, it probably wasn’t that much of a stretch to get it up to the 191 hospitals across the country (and New Zealand).”

A lightning round of discussion amongst all parties saw the project greenlit, with funding provided by the Australian Government. Ambulance Victoria then engaged its technology partner Telstra Purple to build the solution.

“It was probably a bit unfair on them,” McClure says. “We said we had this project, and if we didn’t get it right and get it done quickly, people would potentially die. And they asked, ‘when did we want it by?’ And I said tomorrow.”

Telstra Purple’s senior sales executive Mark Telkes says the requirement was for a dashboard that could show where the equipment and beds were across 191 intensive care units, along with where the patients were, and work out on an hourly or minute-by-minute basis where to move things around. They quickly agreed on a scope of work with a two-week delivery window and began developing the new dashboard, even before the commercial terms were signed.

“We knew that this was really a critical service,” Telkes says. “We knew we had to take a legacy system and make it into something agile, modern, scalable and secure, and able to meet government requirements for patient confidentiality and so on. And the best way to do that fast was to do that natively in Azure, hosted in the Canberra secure data centre that met all the requirements.

“And mind you, the two weeks we initially had turned into one week.”

Telstra Purple broke down the project into digestible parts and pulled together a cross functional team using an agile delivery method.

“We had security teams, development teams, design teams and governance teams and so on – bringing together all these different teams working in unison with the client embedded to get this done in five days,” Telkes says.

“There were calls at crazy hours in the morning, at 2.00am, 3.00am in that first phase of delivery. But the team understood that this was not a normal situation, even though we were applying our normal methodologies.”

The new tool was named the Critical Health Resource Information System (CHRIS), and McClure says within three weeks it achieved 100 per cent utilisation across all 191 critical care facilities. Taking a phased approach meant the team could develop the most important aspects quickly, with additional functionality such as reporting developed later.

“Where the dashboard worked for us was as an operational tool where the clinicians could see what the resources were and where there were issues,” McClure says. “It needed to be simple, because if it was not simple people would not enter the data. And because Telstra had made it really simple, we got buy-in very quickly.

“We enabled the excellent standard of care in Australia to continue, and we didn’t descend into what was happening in Italy and New York. It gave the information to the people that were making the decisions in real time, and that was the beauty of the whole thing.”

Outcomes like this run contrary to typical stories of public sector IT service delivery which describe slow progress and overruns. But this narrative belies a now-proven capability for rapid transformation which bodes well for the future of digital government service delivery.

According to digital government expert Martin Stewart-Weeks, COVID has set agencies on a new trajectory of deeper, faster and more pervasive digital transformation.

“It turns out we had a depth and capability in terms of our skill base that we didn’t recognise,” Stewart-Weeks says. “We crossed a threshold in 2020 because we had to, and we had to cross that very, very fast.”

He says the digital fitness of agencies will also benefit from the multiple initiatives contained in the 2021 Federal Budget.

“That kind of priority for substantial foundational, transformation investment in digital would simply not have been a budget priority even two or three years ago,” Stewart-Weeks says. “But this year we suddenly saw digital investments up there as a co-equal priority.”

The digital fitness of government agencies was on display across the nominations for the 2021 iTnews Benchmark Awards.

Services Australia’s entry, for example, described service improvements to myGov and its need to rapidly modify online processes. This included the creation of a ‘Register intention to claim’ feature which enabled people to mark their intention to claim a Covid-19-related support payment online without needing to call or physically visit a service centre.

On March 23 the agency commenced planning, building, testing and deploying the new feature – a process that took only 36 hours – and within 24 hours it had been used by 890,000 Australians.

The Australian Taxation Office was another agency that found its capabilities put to the test at a scale never anticipated.

The ATO’s CIO and second commissioner Ramez Katf says that his agency had to quickly gear up for the impact of Australia’s first recession in almost three decades.

“To provide some context to the scale and complexity of the task, the economic stimulus measures administered by the ATO released more than six times the amount of money into the economy than is typically refunded during tax time,” Katf says.

This included distributing $89 billion in JobKeeper payments, facilitating the early release of $37.8 billion in superannuation to more than 3 million Australians, and providing $35 billion in cash flow boost payments to employers.

“While delivering the stimulus measures was absolutely critical, this was complicated somewhat by the need to provide a technology solution to support our workforce of 20,000 people to work from home, all while continuing to deliver tax time,” Katf says.

The ATO undertook significant work programs in compressed timeframes to ensure systems were ready to administer the stimulus payments.

“Our teams also projected the anticipated volumes for the measures and worked in collaboration with our strategic vendors to ramp up processing capacity across key systems between 20 percent and 80 percent, in addition to provisioning a working from home solution and supporting infrastructure that increased capacity from 3000 to 20,000 users within a matter of weeks,” Katf says.

The hard work is far from over, however. As agencies adapt to the post pandemic world, Stewart-Weeks warns their digital fitness will continue to be tested as citizen’s expectations for digital services rise.

“The kind of experience we are beginning to get out of government services is the kind we have been waiting for and asking for, for at least a decade,” Stewart-Weeks says.

“And now that we are beginning to get it, we are not going to be very pleased if it starts to ebb and recede.

“We have a whole bunch of people inside government now who are relishing the opportunity to build on what they have learned in the last two years and take it even further.

"But I am not underestimating the ability for other factors to create an opportunity for backsliding.”