Your say: Were we too harsh on SA Govt IT? 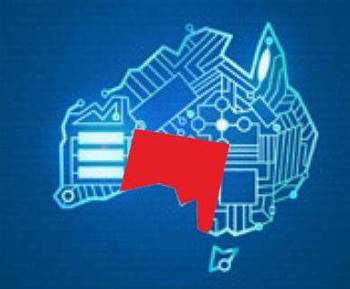 [Blog post] Government CIO responds to State of IT report.

South Australian Government CIO Bret Morris has defended his government’s approach to IT strategy, and argued that iTnews’ IT maturity rankings did not properly recognise the level of skill and engagement that goes into tech planning across the state.

Morris told iTnews that a score of four out of a possible 12 was not representative of these efforts – and his colleagues appear to agree.

Last week, we asked our public sector readers to share their own views on their states’ IT strategy and governance, and this week we are ready to share the results.

Morris will be happy to know iTnews’ readers in South Australia were the only government IT users that rated their state’s efforts higher than our editorial team, giving it six on their own terms [see below].

Your say: How does SA’s own rating stack up against our own?

Those members of the public service in Adelaide who responded to our call out for feedback believe that the SA Government IT skills base is much stronger than we have given them credit for, and that agency CIOs do in fact wield influence higher up reporting lines.

The iTnews State of IT report had not identifed a formal panel or committee for agency CIOs to participate in whole-of-government tech leadership.

Morris himself got in touch with iTnews and raised a couple of interesting points about our maturity index.

Does a formal gateway review process have to be in place for a government to enjoy strong project governance, he asked?

“While we might not have a gateway review process by name this sort of assessment is embedded in everything we do,” he told iTnews.

“All projects are subject to regular assessments by the Strategic Programs and Investments Committee.

“The Committee doesn’t have the authority to withdraw funds from a cabinet submission, but it can submit remediation reports back to the relevant chief executive and minister and in the past they have responded by making significant changes,” he said.

Morris also denied that IT awareness is lacking at a ministerial level in the state, after iTnews criticised the Weatherill cabinet for failing to give any of its members a clear IT policy voice.

Following the March election, the IT baton has been passed on to Dr Susan Close as part of her public sector portfolio, with whom Morris meets every Monday for an IT briefing.

“I am very confident that ICT has a strong voice in cabinet,” the Government CIO argued.

Keep an eye out as iTnews continues the state government IT discussion all of this week.

And if you haven’t downloaded the State of IT report yet, you can find it here.