Weighing up the impact of Edward Snowden 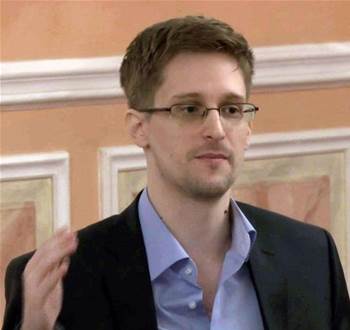 [Blog post] One year on, what has the whistleblower taught IT?

As you read this, the United States will be waking up to the one-year anniversary of Edward Snowden’s first leaks on his country's surveillance programs to the world’s newspapers.

Over the coming weeks, Snowden will be reaching out to numerous nation-states in search of a new home, knowing his temporary asylum in Russia ends in August.

US authorities, meanwhile, are formulating a plea deal in the hope of convincing the dissident to return to the United States to face espionage charges.

We can anticipate that - regardless of the outcome - we’ll all be discussing Snowden’s contribution to the world over the coming weeks.

I am as uncomfortable with describing the whistleblower as a ‘hero’ as I am with those that charge him a ‘traitor’. I empathise with his motives and greatly admire his conviction (who else would trade a comfortable life for the last 12 months he has endured?).

And yet simultaneously I fear the precedent set if, in the future, it is to be considered an heroic act to leak millions of documents, even if only a fraction of them expose serious wrongdoing.

Whistleblowers, like journalists, should be judged on their ability to filter information.

Unfortunately for Snowden, the US legal system is unlikely to weigh the positive outcomes from his leaks against the harm Western intelligence services claim to have endured.

Beyond arguments over whether the NSA’s activities were legal or constitutional, after 12 months of leaks it is worth framing both the positives and negatives of Snowden’s actions from the perspective of our community, information technology professionals.

A reality check on cloud services

A more grounded view of cryptography

A reality check on equipment suppliers

The financial cost of surveillance

While Edward Snowden’s leaks created costs to be borne by the IT community, they are outweighed in my mind by one principal benefit: a more informed and aware IT decision maker.

Angst about which encryption standard, equipment vendor or cloud service can truly be trusted will be with us for some years yet, but at least the conversation now belongs to the whole community.