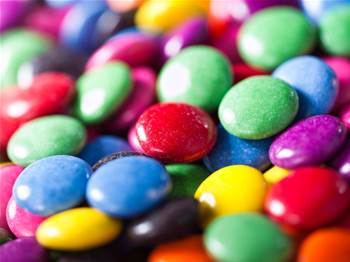 These days nearly every organisation in the private and public sector is undertaking transformation efforts in one form or another. We all know that a business transformation is hard and involves both perspiration and inspiration.

As an IT professional this is both a threat and an opportunity. How you react when you are thrust into this position will be the key to you both surviving and thriving.

I’ve had the privilege of leading more than my fair share of transformations, starting from my first in the '90s.

At Pioneer International, we challenged all the assumptions of the business and in doing so reengineered all processes and implemented new systems across the entire value chain.

Later I completed a number of major transformations in Asia Pacific, Japan and in the USA when I was with global pharmaceutical group Eli Lilly.

As part of my journey I have collected scar tissue from both success and failure. Some learnings are transferrable between industries.

We are all familiar with the reference book series marketed as "for dummies". I’ve always cringed at the notion of being a ‘dummy’, hence here is my guide to transformation for smarties.

I use my Pioneer project of 2000 as an example. The team tested the basic assumption of what value our business offered - which was that we produced concrete and building material products. But the subtle nuance was that customers really want a delivered product.

This meant how we organised the business could be radically changed. We changed the business from 300 order points to a single location. That single city location controlled all the 2000 delivery trucks which were now fitted with onboard computers.

Transformations work against the natural order of a business, hence they are often surrounded by significant inertia.

In my experience transformations feel like a roller coaster, and like gravity is working against you – it feels hard to push against the doubters and those that are spectating on the sidelines.

It is only when the whole team pulls together and momentum starts to build that kinetic energy and physics work for you.

In a transformation the team always knows when they are doing the hard yards and the project is flying along - it is all about maintaining this momentum and ensuring it is focused on the right things.

Every successful transformation has clear anchors --the principles that everyone is working towards that provide crystal clarity.

Conversely we have all seen the examples where the average person in the program is not on the same page and without realising, is working against the true direction of the change.

For example, Eli Lilly had 25 different flavours of CRM system around the world. The goal of the One Lilly project was to create a single CRM system on a single server in a single year using a single source code.

To support this aggressive goal, one anchor we adopted was 'vanilla’ - meaning no modifications. We also decided to try to standardise to one global process with 20 standard reports.

We ended up with just 25 global reports from 2000+ different reports globally previously. A few simple anchors established a framework that made the transformation a success.

In large projects, there is so much detail that the old adage "people respect what you inspect" really is true. As a leader you want focus on certain critical areas, and while you can delegate and empower, it is critical that your team knows what you really value.

Over time, this behaviour will end up with the team understanding and hence giving due credit to these facets.

Respect is also critical in transformations when dealing with people who don't react well to the change. By treating these people with respect, you make the process a lot easier for both parties.

Yes the T word is talent, not technology, training or testing.

I was once asked to take on a significant transformation for an organisation that had in excess of $1.4 billionb revenue per annum. Their technology was among the worst I had ever seen.

In accepting this role, I had a conversation with a global HR executive, who advised me that this was all about “people”. At the time I smiled and agreed.

Over the next four years I realised how very correct he was, and my greatest achievement was not the delivery or turning around what I thought was the worst IT shop that I had ever seen. Instead it was building talent that has since sustained and grown this business.

My proudest achievement is in growing leaders who are change agents, and are now CIOs, partners or VPs in the vendor community.

That’s the meaning of a real transformation, as each of those leaders and their teams are making a difference with their own careers.

There were many “I” words that were strong candidates: innovation, integration, intelligence and intensity. But during any significant transformation there will be many moments of truth where how you act and the integrity you display can be a defining event.

As a leader you need to back your team in the tough times. It is never blind faith but a “trust, but verify” approach.

The integrity of a transformation also includes the support of the individuals delivering the project and the willingness to go that extra mile.

Clarity of the anticipated benefits and an understanding of why the change is imperative will create and maintain the integrity of the journey. When times are tough and the team is tired, they need to draw strength from understanding that bigger picture.

The essence of a transformation is about its focus. It is about boiling down all the fluff and aspiration then agreeing what exactly is going to add the most value in the shortest time.

In any transformation, it is hard not to get caught up with the superfluous add ons that have been in the back pocket of many in the organisation. It takes real courage to challenge and ensure that this essence is maintained and there is none of the normal scope creep that comes into large programs.

S = Starts with you

Gandhi’s advice to “be the change that you want to see in the world” really resonates with me as a person and a leader.

Give my SMARTIES guide a try and let me know how it works for you.