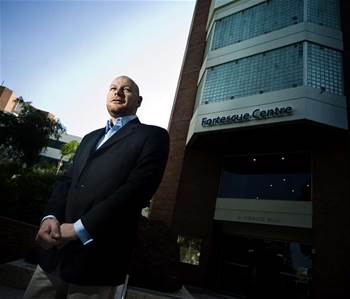 [Blog post] FMG CIO explains why it pays to be up-to-date.

Organisations that have kept their Exchange and Office environments up-to-date will enjoy a far more seamless migration to the cloud, according to one of the country’s first adopters of Microsoft Office 365.

Vito Forte, CIO at Fortescue Metals, led a team that migrated its first 3000 inboxes from an on-premise Exchange environment to the hosted solution in a two-week sprint.

The process was made easier, he said, because at the backend and frontend FMG had previously invested in the necessary upgrades to be cloud-ready.

“Some versions of Exchange are easier to migrate than others,” Forte said.

The compression improvements in Outlook 2013 over Outlook 2010, for example, gave FMG a “huge improvement in cache performance” which mitigated some of the network performance issues plaguing upgrades in other organisations.

“Outlook 2013 was designed for the cloud, and took into account that users are likely to be on mobile or some other device, whereas earlier versions hadn’t," Forte said.

And while FMG was one step further back on Exchange Server - running Exchange 2007 - the addition of an Exchange 2010 outbound mail gateway helped smooth out the process.

“At that stage, the transition process was still relatively immature. But we still managed with Microsoft’s internal migration tools.”

Being one of the first adopters of Office 365 in Australia - mostly to take advantage of features in Sharepoint 2013 - Forte concedes that there were some minor teething issues, but nothing he felt was too hard for a capable IT department.

“Nothing is perfect when it comes to upgrades, there will be issues,” he said. “Have you ever upgraded Exchange on-prem? That's why people never upgrade! Because it's a nightmare. Because it's such a pain to do.”

“The answer is simple, really. If you’re not updating your technology, somewhere along the way you'll pay for it. You can take a view that you're on a treadmill and decide not to keep up to date, or you can invest in future capability.”

Shifting email to the cloud removes that treadmill for the foreseeable future, he said, citing FMG's 'relatively easy' move from Wave 14 to Wave 15 of Office 365. He took advantage of Microsoft’s staged mailbox size limit increases, which have gone from 1GB to 25GB and now 50GB.

Asked for advice for those considering migration, Forte recommended organisations come to grips with their existing usage patterns before considering their target state.

“What tends to catch people out is when mailboxes are larger than they think, or when they forget to consider things like public folders," he said.

“You need to have a good understanding of the environment.”

Stay tuned for more 'Cloud Crossroads' case studies over the coming week or register for our final report.