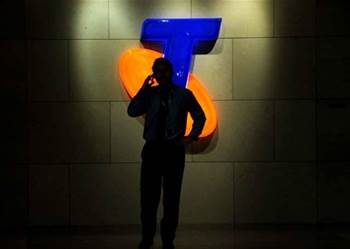 Telstra Wholesale has culled access to a spreadsheet of NBN ready for service data that identified the locations of 506,850 premises in danger of missing out on fibre-to-the-home as a result of the change of government.

The carrier revoked access to the document at about 4.30pm AEDT yesterday after separate analysis by iTnews and myNBN.info revealed the full extent of changes to the NBN rollout plan.

Specifically, the data confirmed which locations are included in the 300,000 premises guaranteed by the interim statement of expectations to still receive fibre-to-the-home connections, and the over half-million premises that it appears will now be served by fibre-to-the-node or another access technology.

Telstra said it expected to reinstate access to the file sometime today but did not provide a reason as to why the file — which it irregularly updates – had been taken down.

However, it is no secret that the specific information it contained is something NBN Co no longer wants to see in the public domain.

NBN Co yesterday took the first step in its new regime of transparency by publishing a dashboard of rollout numbers, but it is no longer possible to drill into the background of those numbers as the company has withdrawn all previously-accessible data sources.

The latest round of withdrawals mean monthly Ready for Service spreadsheets will no longer be available to anyone other than customers that have direct relationships with NBN account managers.

Put simply, it is no longer possible to easily see when particular locations in the NBN rollout are due to go live and be ready to serve retail internet services.