Public servants left out of the digital discussion 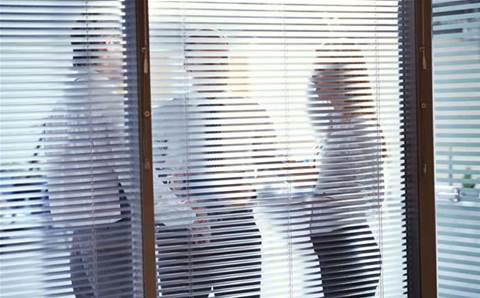 [Blog post] It won't take many politicians to spoil the broth.

The DTO’s rapid metamorphosis from office to agency, agile hub to procurement authority seems to have taken its own staff by surprise.

Squeezed into the dying ten minutes of senate estimates on Monday night, DTO chief operating officer Peter Alexander admitted he only heard about the substance of the changes a day or so before they were unveiled by Assistant Minister for Digital Transformation Angus Taylor at the national press club last Friday.

Taylor shocked many in the agency by announcing the DTO would be reborn as the Digital Transformation Agency, with new leadership and an expanded remit.

Alexander has only been with the office for a few weeks, but he is also likely to be the man charged with the very whole-of-government oversight functions driving the DTO expansion.

Assisting mandarins insisted to senators at estimates that DTO chief Paul Shetler - who wasn’t present for questioning - had been briefed on the plans slightly earlier.

The machinery of government changes are currently on their way to the Governor General’s desk. They lump an agency already struggling with popularity issues in Canberra with responsibility for cracking the whip over benefits realisation, and the federal government’s unglamorous ICT procurement portfolio.

But if Taylor’s NPC speech came as a surprise to rank-and-file of the DTO, just imagine how the news hit the Department of Finance, whose workers will be transitioned sideways to the digital agency to facilitate the shift in responsibilities.

A spokesperson for Finance said she could not yet go into detail around the likely FTE impact.

“The Department of Finance is working closely with the Department of Prime Minister and Cabinet on the machinery of government changes necessary to efficiently implement the government’s policy for the Digital Transformation Agency,” she told iTnews.

“Further details will be announced in accordance with normal processes at an appropriate time."

Bureaucrats facing estimates were also left clawing for a lifeline when asked about a shared savings scheme that would allow agencies to reinvest some of what they scrape back from modernised IT spending - another announcement made by Taylor on Friday.

PM&C deputy secretary Dr Steven Kennedy said he has “had general discussions with the assistant minister about how such schemes would operate”, but none of the government staff present could confirm whether or not it amounts to government policy.

All of which raises the question: Is this what the “second phase” of the government’s digital government agenda is going to look like?

Policy developed in secret without input from the very people charged with implementing it? People who, in the DTO’s case, have been shipped across hemispheres for their rare digital expertise?

Australia's politicians have hardly showered themselves in glory with their technological knowledge in the past. A once-burned George Brandis sat through the DTO hearing in uncharacteristic silence in the absence of his colleague Taylor.

The reborn Digital Transformation Agency will have a hard enough time getting the big departments onside now that it is charged with going through their IT dirty laundry. It doesn’t need to become the recipient of policy bombshells dropped on the public service without its input.

Even if the changes come with a big new budget injection, building the DTA's agenda will be impossible without genuine co-operation from within the APS.

And if the Australian government chooses to ignore the advice of its digital thinkers, there are many organisations in the private sector who will undoubtedly welcome them with open arms and much bigger paychecks.