NBN, Telstra under pressure to complete the real deal 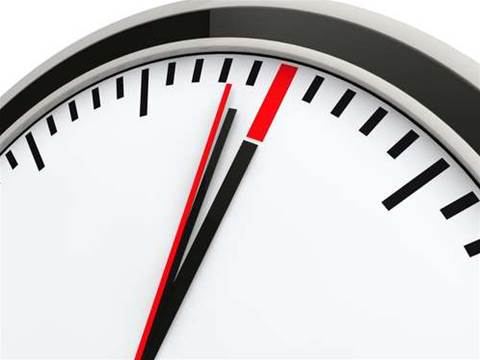 [Blog post] What the trial contract tells us about bigger negotiations.

Telstra and NBN Co still have a very long way to go to strike a deal that will enable what remains of Australia’s national broadband network to access Telstra’s copper network.

Yesterday’s announcement by Communications Minister Malcolm Turnbull that NBN Co and Telstra have reached agreement on a construction program for 1000 nodes raised more questions than answers.

The trial is only an interim step and, while a show of goodwill, doesn’t necessarily mean the two organisations are any closer to striking any adjustments to the existing definitive agreements covering Telstra’s participation in the NBN.

The announcement did not include any details of access to Telstra’s copper network.

When iTnews asked whether NBN Co would be able to access the copper, the reply was instructive:

“There is no customer migration activity under our agreement with NBN Co for this pilot. This issue is still being considered as part of the broader discussions.”

Consider also that in the two existing trials in Umina (NSW) and Epping (Victoria), NBN Co only has access to unused copper pairs. No active services.

Further, NBN Co revealed at a recent Senate Estimates hearing that the trial in Epping hadn’t commenced because agreement had also not been reached with local power authorities.

I’ve asked NBN Co whether agreements have been reached with power authorities in the ten areas to be covered in the trial announced yesterday, and whether the power arrangements are yet sorted out for Epping. NBN Co had not responded at the time of writing.

Minister Turnbull had initially said that he expected the full agreement with Telstra to be concluded by the middle of the year. The announcement of this construction contract - without any agreement on copper access - suggests to me that a final agreement may actually be some months away.

Sometimes the illusion of progress can be dressed up to look like progress.

The previous negotiations with Telstra for duct access and copper switch-off were also a protracted affair. Initially NBN Co put a value of $8 billion on doing a deal with Telstra, while Telstra placed the value it needed at $12 billion.

When the original agreement between the two companies was announced under the former government, NBN Co valued its payments to Telstra at $9 billion, and Telstra accepted a value of $11 billion. The additional $2 billion came from a series of agreements with the Government, including changes to the universal aervice regime, a $100 million training deal and a one-off cash payment of over $300 million.

The initial agreement was forged in an environment where Telstra had distinctive incentives to participate and execute an agreement. These incentives were created by legislation that would have excluded Telstra from all future spectrum auctions, and required other structural reforms.

But even with these incentives the process was protracted.

That is close to two years of back and forth.

I doubt the current Government can conclude negotiations as quickly as the Minister hopes. They face a number of hurdles.

Firstly, Telstra is not the party with the greatest need to conclude the agreements. Delay does them no harm.

Telstra also knows the saving NBN Co expects to make from the deal. This is the difference between the strategic review’s all-equity peak funding estimates for an FTTP NBN of $54 billion and the $39 billion estimated for the multi-technology mix (MTM) [see Exhibits 4-6].

So on NBN Co’s estimate, any additional payment to Telstra up to $15 billion is still a “good” deal.

Also Telstra has probably now factored into its forward plans expectations of higher revenues from a number of the NBN products that won’t be available under the MTM model. Keeping them “whole” probably means getting something more than the initial deal value.

But that isn’t what is currently happening.

The eagerness with which the NBN Co and the Minister have rushed to conclude and announce what is nothing more than a construction contract awarded to a company that no longer has a construction capability will only strengthen Telstra’s resolve to extract as much value from the negotiations as it can.

David is a thirty-year telco veteran who has worked in corporate sales, strategy and regulatory and corporate affairs for Telstra, Hutchison, AAPT and Unwired/vividwireless. His writing and consultancy career was briefly interrupted when he agreed to join then Minister Senator Conroy’s office.

That continued through the change to Minister Albanese and since the election with Shadow Minister Jason Clare. David conducts policy research under the business name DigEcon Research and consults to various participants through Havyatt Associates. He is also contesting the NSW election in 2015 as the Labor candidate for Epping. 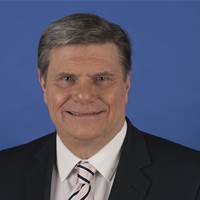 David is a thirty-year telco veteran who has worked in corporate sales, strategy and regulatory and corporate affairs for Telstra, Hutchison, AAPT and Unwired/vividwireless. His writing and consultancy career was briefly interrupted when he agreed to join then Minister Senator Conroy’s office. That continued through the change to Minister Albanese and since the election with Shadow Minister Jason Clare. David conducts policy research under the business name DigEcon Research and consults to various participants through Havyatt Associates. He is also contesting the NSW election in 2015 as the Labor candidate for Epping.
Read more from this blog: The Insider Outside
By David Havyatt
Jun 27 2014
9:05AM