How cloud is one-upping your IT team 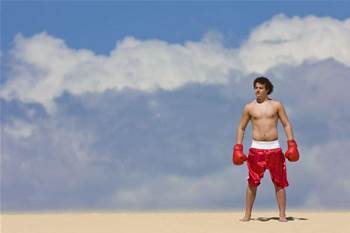 [Blog] Are you selling IT or just running it?

If your board is signing off on IT outsourcing and cloud computing deals, it might suggest an uncomfortable truth: your internal IT doesn’t know how to sell itself.

Outsourcing and cloud deals are winning because those charged with writing the cheques are convinced these solution providers offer a service better, cheaper, or both, than what internal IT can deliver.

Whether they can is debatable. Many have only later discovered that the deal wasn’t actually a sound idea, but this doesn’t vindicate the limp response internal IT makes when staring down these twin threats.

If anything, it serves to highlight the magnitude of the problem.

If your executive was won over by solutions that later proving of lesser value, or that locked your organisation in to a single provider, or that proved more expensive from a TCO standpoint, why wasn’t your voice heard before the deal was signed?

If internal IT really was delivering value at a reasonable price, how was your customer (yes, the business is your customer) blind to it? Did they really just hand over gobs of cash to the first sales-person to walk into their office? Probably not.

Internal IT were more likely simply out-sold. Out-sold because, in the vast majority of cases, they didn’t even realise they were selling something.

The baffling thing is - internal IT have myriad advantages in these situations. Being internal, they have easy access to information about who might be a decision maker, either formally by virtue of their role, or informally by being a trusted or loud voice in the executive. Finding their phone number or email address is trivial. Setting up a meeting is expected.

IT also have access to strategic information not readily available to the general public and external vendors. In many organisations, such information is regularly broadcast, ironically using the very systems IT maintains.

With all of these advantages, internal IT should have a position that is nigh unassailable. How do they manage to lose these deals?

What IT doesn’t tend to have is insight into what their customers want and value.

IT doesn’t tend to spend enough time developing a relationship with their customers. They don’t systematically research customer attitudes. They ignore the wider competitive environment of their company, and they ignore the humans involved in making the decisions, with all their biases and flaws.

Too often, IT arrogantly assume they know best, and that a simple presentation of the ‘facts’ as they see them will result in customers falling over themselves to keep services internal.

How’s that working out for you?

In doing so, CIOs are exhibiting all the classic signs of a monopoly suddenly exposed to competition. Without a company mandate to use internal IT, customers are taking their business elsewhere, with a bounce in their step and a gleeful smile.

The trend is clear: there are other people out there who can do your job better than you, and cheaper than you. They are winning your customers. What used to be your budget is now their revenue.

Consider yourself their competitor. If you haven’t asked your customer what they want, now is the time. And if you can build a better solution than external parties can deliver, it’s time to stamp your feet and wave your arms about it.

Justin Warren is an IT and business consultant writing a series of blogs on the relationship between IT and marketing.