Did the Coalition's IT dirt-digging mission come up empty handed? 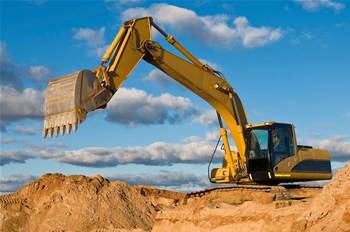 Twelve months after it landed on Finance Minister Mathias Cormann's desk, the public has finally been given a look at the findings of an official public sector IT spending audit promised by the Coalition in the lead up to its 2013 election win.

We’d have to call them lukewarm at best.

The 58-page document is miles away from the kind of combustible budget blowout and impending technological doom those of us following public sector IT have come to expect from this sort of fact-finding expedition.

The review was conducted by an “eminent private sector consultant”, according to the Department of Finance, and came back to Cormann with the headline-unfriendly opinion that value for money from IT spending in the federal public sector as a whole is "reasonable".

It only recently came to light thanks to an FOI request by technology news site Delimiter.

So why were we never allowed to see the report, especially when its contents were so innocuous?

It has been the standard practice of governments, including the Commonwealth, to make these kinds of reviews public - from the 2008 Gershon report and subsequent IT spending benchmarks, to the Queensland LNP’s state-wide ICT audit and even the Northern Territory’s own effort.

To answer this question it is helpful to first ask why the government would commission this sort of review in the first place, especially when the Department of Finance has been tracking whole-of-government tech spending on an annual cycle since 2009.

With one eye on the kind of explosive revelations exhumed by Peter Grant’s Queensland audit in 2013, and the wholesale maladministration uncovered by Victorian Ombudsman George Brouwer in 2011, it must have looked like an unloseable bet for the new government

So did it consciously shelve the audit because it failed to come up with the political dirt the government was looking for?

It was clearly keeping its options open in the months leading up to the report's submission, never committing either way on public release.

In 2014 Finance officials advised a senate estimates committee the audit's publication would be “a matter for the government”.

Now, the Department of Finance has advised iTnews that the report was produced for "internal government use”.

We'd be willing to bet the government would not have sat on this report had its findings had a little more bite.

Labor’s Finance spokesman Tony Burke is similarly suspicious, and has accused Cormann of keeping the report under wraps “for his own political purposes”.

“The fact it took a Freedom of Information request for the Finance Minister to release this information shows he didn’t want people to read it," he said.

Perhaps the number one lesson that comes out of the tale is that proper political muckraking is expensive, so you’ll have to pay handsomely to dig up real skeletons.

Peter Grant’s near-1000 page audit of Queensland government IT uncovered an epidemic of out-of-support IT and ageing systems that threatened to collapse much faster than the government could possibly replace them.

It cost $5.2 million and took 32 state government employees to complete.

The federal Coalition’s effort, on the other hand, appears to have been half-hearted from the outset.

The so-called “desk review” wasn’t equipped with the resources to find its own information, relying instead on the - often anecdotal - insights of the authoring consultant to benchmark the federal government and its $5 billion IT spend against a global context.

“Due to resource constraints this analysis is necessarily high level. The data sources were limited to those already collected by Finance, supported by a consultant’s experience with ICT across the APS and industry benchmarks,” the report states.

Just months into the review, it became apparent the auditors would not even have time to conduct agency-based fieldwork, especially when a number of entities refused to fit them in to their busy schedules.

The auditors were forced to rely largely on written submissions from 22 different project teams, while at the same time complaining that self-reporting was inherently unreliable.

“It can be expected that agencies will desire, in their reporting, to present the most favourable picture of project status possible," the report stated.

“The review observed several instances where this desire led to reporting that bordered on 'strategic misrepresentation'.”

The government has not made public its response to the report's recommendations, many of which aligned to already-planned federal IT reforms.