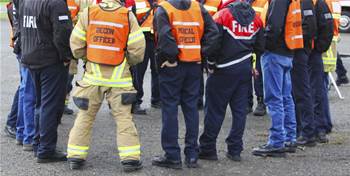 What has New York, San Francisco and Norfolk got, that Melbourne’s hunting for and Sydney hasn’t even thought about?

I’ll pre-empt my friends south of the border: it’s not ‘culture’.

These cities have all invested in a chief resilience officer – an individual that plans for how a city might cope when there is a major catastrophe like a natural disaster. They are concerned with how we get on with things when critical infrastructure isn’t available.

The Rockefeller Foundation is funding 100 chief resilience officers around the world. When you consider the implications of global warming, or the consequences of Western aggression in the Middle East and in developing nations, it’s not the worst idea.

I imagine for many iTnews readers the idea of a chief resilience officer sounds familiar, even if nobody ever gets to wear such a grandiose title. Those charged with the IT component of business continuity are probably among the best-versed executives on how to plan for the worst.

And the worst seems more likely on a daily basis:

Enterprise IT needs a chief resilience officer almost as much as any city council does. As a broader range of physical devices connect to IP networks, so expands the definition of what constitutes critical infrastructure.

At the Australian Data Centre Strategy Summit earlier this year we sought feedback on where IT infrastructure and data centre managers wanted help for the event in 2015, and the biggest ticket item was disaster recovery.

Over the coming months I’ll be looking out for some DR heroes – IT’s own chief resilience officers – to chat about what represents best practice.

If you’ve done anything big, brave or brilliant in DR over the past six months, I’d love to hear from you.