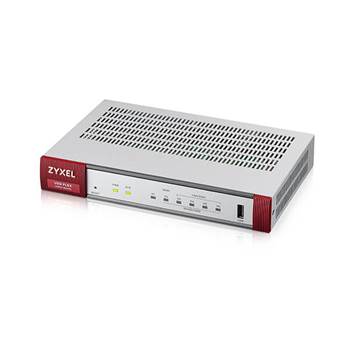 Vendor jumps the gun on patches.

Taiwanese network equipment vendor Zyxel has issued firmware patches for 12 of its firewall devices, after security researchers discovered it was possible for unauthenticated attackers to run arbitrary code on them.

Vulnerable Zyxel firewalls allow attackers to issue commands as the "nobody" system user, through the administrative web interface if it is exposed to the Internet.

Rapid7 researcher Jake Baines, who discovered the flaw in April this year, reported the issue to Zyxel and suggested a coordinated disclosure in June, with a 60-day deadline.

However, Zyxel independently released patches on April 28, which Rapid7 became aware of on May 9.

"This patch release is tantamount to releasing details of the vulnerabilities, since attackers and researchers can trivially reverse the patch to learn precise exploitation details, while defenders rarely bother to do this," Baines said.

Baines added that silent vulnerability patching "tends to only help active attackers and leaves defenders in the dark about the true risk of newly discovered issues."

Zyxel said the early patch release was because of a miscommunication between themselves and Rapid7 during the coordinated disclosure process.

"As a CNA, Zyxel always follows the principles of coordinated disclosure to arrange public disclosure with reporters," the company said in its advisory.

Firmware versions ZLD5.00 to ZLD5.21 patch 1 are affected by the vulnerability.

While the firewalls are popular elsewhere in the world, with over 16,000 installed, a Scan with the Shodan vulnerability search engine did not find any hosts in Australia or New Zealand.

Update: Security researchers said they have detected active exploitation of the vulnerability and is urging administrators to patch their Zyxel firmware.

The non-profit Shadowserver Foundation said it can see at least 20,800 vulnerable Zyxel firewalls on the Internet.

Most of these are in France and Italy, and other parts of the European Union.