ZTE pleads guilty in US court in sanctions case 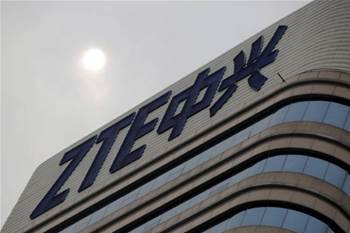 Sent US components illegally to Iran.

Chinese telecom equipment maker ZTE has pleaded guilty in US federal court for conspiring to violate US sanctions by illegally shipping US goods and technology to Iran.

The guilty plea was part of an agreement the company reached earlier this month with US authorities that also called for nearly US$900 million in fines and other penalties.

US district judge Ed Kinkeade in Dallas accepted the company's plea to three charges: conspiring to export American-made items to Iran without a license, obstructing justice, and making a material false statement.

A five-year investigation found ZTE conspired to evade US embargoes by buying US components, incorporating them into ZTE equipment and illegally shipping them to Iran.

ZTE, which devised elaborate schemes to hide the illegal activity, agreed to the guilty plea after the US Department of Commerce took actions that threatened to cut off the gear maker's global supply chain.

The investigation followed 2012 reports that ZTE had signed contracts to ship millions of dollars' worth of hardware and software from some of the best-known US technology companies to Iran's largest telecoms carrier.

As part of the deal, ZTE will be under probation for three years and agreed to cooperate with authorities in any investigation of the company or third parties. The judge appointed a former Texas judge to monitor ZTE's compliance.

In addition to US$892 million it agreed to pay in fines and penalties, an additional penalty of US$300 million could be imposed if it does not comply with its agreement with the Commerce Department over the next seven years.

One of the world's biggest telecommunications gear makers, ZTE purchases some US$2.6 billion worth of components a year from US firms, according to a company spokesman. Qualcomm, Microsoft, and Intel are among its suppliers.

It also sells handset devices to US mobile carriers AT&T, T-Mobile US, and Sprint.