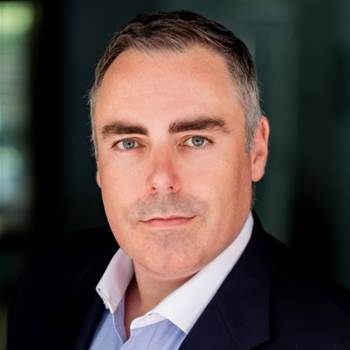 As George Gorman steps into the role.

Zip Co began its search in December last year after splitting the technology remit out of an existing 'chief product and technology officer' role - previously held by Patrick Collins - to create a CTO position.

Zip Co managing director of ANZ Cynthia Scott told iTnews Gorman “is an experienced transformational CTO and will join the ANZ executive team as they expand Zip's offering and reach in the A/NZ region.

“His role will lead a solid technology team in Australia and NZ as we scale up," Scott said.

She added that the A/NZ executive team is now complete, “following George's appointment and the hiring of Travis Tyler as our chief product officer for A/NZ.”

Tyler took on the other half of Collins' former role at Zip Co, stepping in as chief product officer for Australia in mid-January 2022.

Gorman will report to Scott and global CTO Ahu Chhapgar, who was appointed last November.

Gorman said via LinkedIn he was “happy to share that I’m starting a new position” with the Zip Co.

Prior to starting at Zip Co Gorman led a team of roughly 70 people across the Asia Pacific as CTO at education technology platform company Janison, for close to three years.

Based in Sydney, Gorman spent one year at global technology and digital solutions company GBST as program director for platform transformation.

Gorman also worked for Transport for NSW for three years across multiple program director positions and as a principal partner for strategy, startup, delivery, assurance and recovery at technology delivery Red2Green Consulting for 10 years.