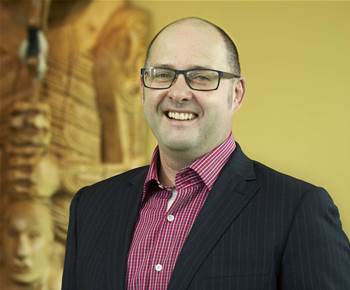 New Zealand-based kiwifruit provider Zespri has migrated its SAP footprint to Microsoft Azure, completing the first stage in a campaign to host 100 percent of its IT in the public cloud.

The fruit purveyor, which operates in 53 countries and multiple time zones, found that its SAP on premise solution was not living up to the company's demands in terms of resilience, global reach and scale, especially in the lead up to a projected rapid expansion of its operations.

Andrew Goodin, Global Manager of Information Systems for Zespri told iTnews he anticipates the company's export revenue will more than double to NZ$3 billion (A$2.7 billion) by 2025, so he was looking for a solution that would allow him to scale infrastructure quickly.

"Having the solution in the cloud improves our business continuity and resilience by having data stored in multiple places and the ability to move workloads around," he said.

Kiwifruit production is seasonal, hitting its peak in April and May in New Zealand.

“We made a decision that we can’t be good at everything and so we chose to outsource infrastructure and that allows us to focus on the applications and better outcomes for our business,” Goodin said.

Although Datacom’s own data centres were on offer, Goodin explained that it did not meet one of the main drivers for the move to the cloud which was to move workloads between location and avoid positioning all infrastructure in one country.

Implementation partner Datacom set up Zespri's test environment in Azure to evaluate the performance of SAP in the cloud prior to the lift and shift.

Zespri's SAP-based transportation management solution will go live on Azure in the next few days, helping Goodin and his 26-person global IT team to meet their goal of being 100 percent in the public cloud.

"Cloud means less friction and no interruption to our business operations, which provides Zespri with real value," said Goodin.