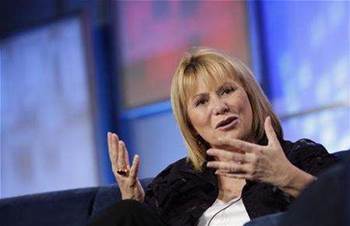 Yahoo said on Tuesday it has removed CEO Carol Bartz and replaced her on an interim basis with Chief Financial Officer Tim Morse, ending a rocky two-year run marked by stagnating growth and a bitter rift with Chinese partner Alibaba.

The outspoken Bartz, famous for her salty language, sent a two-sentence email to employees that was obtained by Reuters.

It said that Chairman Roy Bostock fired her over the phone.

Bostock had only just voiced his public support in June for the CEO, a lightning rod for criticism from Wall Street, and known for her tough attitude.

"I am very sad to tell you that I've just been fired over the phone by Yahoo's Chairman of the Board. It has been my pleasure to work with all of you and I wish you only the best going forward," Bartz said in the email.

The news was first reported by tech blog AllThingsD, which cited company sources.