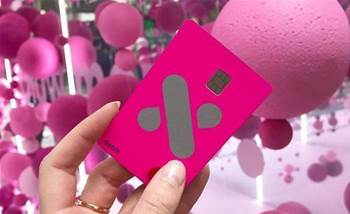 Pending relevant approvals, Xinja will have access to $160 million immediately, with the remaining $273 million available in multiple tranches as needed to fuel and cope with growth over the next 24 months - including a planned entry into the home loan and personal loan market later this year.

The cloud-native bank has experienced a surge in customers since gaining an unrestricted banking license in September last year, and in March counted 25,000 customers and a total of $70 million in private investments.

The neobank began seeking out “sophisticated investors” as part of its Series D capital raise earlier this month as a flurry of customers dumped $300 million into its freshly-minted ‘Stash’ savings account with a 2.25 percent interest rate.

Since then, a further $100 million has been deposited into Xinja's savings and transaction accounts.

Xinja then had to announce a freeze on new Stash accounts being opened only a day after launching the capital raise, citing “unprecedented” and “unexpected” deposit inflows and a fresh rate cut from the Reserve Bank of Australia as impacting on its ability to deliver on the 2.25 percent variable interest rate for existing customers.

However, it appears Xinja has been playing the long game with WI, noting that Australian advisory firm First Penny Investments helped it secure the funding after two years of discussions.

Xinja CEO and founder Eric Wilson said the almost half a billion sum is one of the most significant investments in Australia’s fledgling neobank and fintech community.

“We think this is the largest single investment in an Australian neobank or start-up, and combined with exceptional customer acquisition and deposit growth, positions Xinja Bank as a frontrunner in the Australian neobank market,” Wilson said.

“We are very happy to welcome World Investments as investors in Xinja Bank.

“These are investors who bring deep skills and knowledge in banking to help us grow and be successful.”

Central to the start-up’s growth plan is the fact that, unlike the older banks and bancassurers, Xinja doesn’t have bricks and mortar banks or “old-style IT systems to maintain and patch”, Wilson said.

It runs instead on a new $1.8 million SAP S4B core banking platform that took 11 weeks to build.

Xinja has already doubled its headcount to 90 people to meet its promises of service quality delivery - however, Wilson believes the neobank will naturally reach a cap of around 200 staff due to its digital and highly automated environment.