Would you work for a firm that invests your super in Bitcoins? 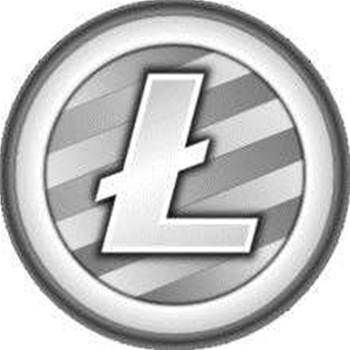 A self-managed super fund based out of Adelaide is offering its members a chance to invest in the crypto-currency Litecoin.

Gnosis Superfund is a self-managed fund created by Daniel Brown, the founder of SharePoint consultancy Archon Gnosis. The consultancy's sole employees are Brown and his partner.

Brown has five servers mining the LiteCoin currency and his fund has around five percent of its portfolio in Litecoin, with the remaining 95 percent in traditional stock such as housing and cash.

Litecoin is colloquially known as the silver to Bitcoin’s gold - worth less and accepted by less physical businesses as a form of payment. A Bitcoin is currently worth around $72 while Litecoins are valued at approximately $2.40.

The value of the virtual coins are determined by peer-to-peer trades on online exchanges. To purchase a Bitcoin, you can either swap cash, goods or services you own with someone who has Bitcoins, or generate more currency through “mining” - using software programs and mathematical equations to compete against others to find new combinations of words and numbers which will unlock new coins.

Brown's idea might exist on a microscale today, but its novelty does challenge traditional concepts of what constitutes a form of investment or indeed a currency accepted by regulators.

Bitcoins are an unregulated currency, but the Australian Tax Office nonethless intends to tax them.

Self-managed super funds are required to put forward an investment strategy to the Australian Tax Office upon registration as an SMSF, which is reviewed annually. But beyond that, there are very little restrictions as to where an SMSF can invest its money.

For Brown, Litecoin's lower cost made it more attractive than Bitcoin as a means of getting onboard the crypto-currency bandwagon. He has invested up to $5000 in the currency, buying last November when prices hovered around $2.80.

He is also hoping Litecoin will be less volatile than its big brother. Bitcoin reached a peak of around $250 this year, dropping rapidly  to $100. It has now settled at around $72.

Brown intends to scale up his Litecoin investment over the next 12 months, depending on performance, and would like for it to represent up to ten percent of the Gnosis superfund portfolio.

But with an eye on risk management, he doesn't plan for the digital currency to represent a larger portion of the super fund’s portfolio.

Within the next twelve months Brown plans to hire a third employee, raising the question of how they will feel about a portion of their super being invested in Litecoins.

Brown said he's happy to "have a discussion" about the crypto-currency, but will ultimately allow employees to choose from other investment opportunities within the portfolio.

He does not consider the digital currency investment to be significantly more risky than traditional avenues, citing the instability of the current global economic environment.

“Granted [Litecoin] is in its infancy, it may not be a long term thing, but with the current economic times, everything is as volatile as everything else,” Brown said.

“They may not be around in 20 years, but it is a step. The digital economy is on the rise, and it is something to try.”