WorleyParsons CIO warns his peers to 'mind the gap' 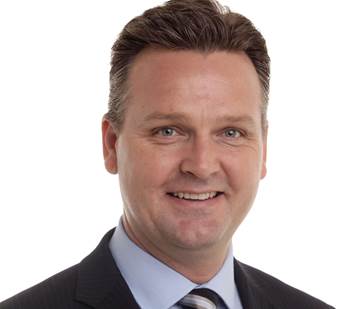 Calls on IT professionals to change the conversation.

WorleyParsons CIO Brian Adams has warned of a widening gap between IT and the broader business and has called on IT leaders to rethink how they engage with their executive peers.

Addressing the CIO Strategy Summit in Sydney, Adams said there was a fundamental disconnect in communication between the CEO and the CIO.

“We’ve been talking servers, storage and networks for 30 to 40 years, and we’ve been teaching the same skills in universities," Adams said. "We should be really good at this by now.

“We have an overall expectation that keeping the lights on is what IT is about. We should consider servers, networks and storage the hygiene factors of our business, but instead we have an expectation that this is the entirety of the function.”

Adam’s background as a CFO has contributed to his rethinking of the CIO role. He currently manages a team of 700 dotted around the globe, charged with supporting the organisation's 38,000 staff.

Adams said IT change needed to lead a number of other business units to transformation.

HR needs to shift from its focus on finding and recruiting the right people to a discussion on employee productivity and happiness, he said.

Similarly, the finance function should see itself as an organisation that provides information for better decisions and insight.

CIOs should be looking to produce great outcomes for customers, shareholders and its staff, he said, and adjust their language accordingly. They need to talk about the business and not the enabling technology and swap a service mentality for one in which the IT function is synergistic to the business.

Many business cases made for an increased IT budget were refused, he said, because the budget was presented as a series of isolated projects rather than a business case that supports the company’s broader strategy.

“IT is experienced at writing technical papers, but not necessarily for developing a business case that demonstrates alignment with an IT strategy, which in turn aligns with the company’s corporate strategy.”

Adams also referenced what he referred to as the “Jedi mind trick” - when the CIO talks about servers, storage and networks to secure budget, instead of about  business outcomes.

"There's no more reliable way to put a management team to sleep," he said.

If the IT function is undervalued by the business, it is up to the CIO to drive new thinking.

“The IT strategy must underpin the corporate strategy. If there is no corporate strategy, then sit down with the CEO with a blank piece of paper and ask ‘where do we want the business to be in five years time?”