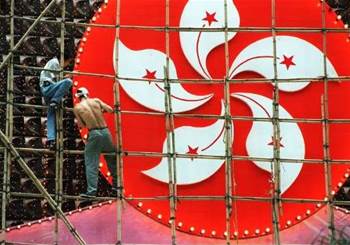 The world's largest 4G LTE network is set to be deployed in China over the next six months, covering over a hundred cities and 500 million people.

China Mobile chairman Xi Guohua told (Chinese) the Mobile World Congress in Barcelona that his company is building the network using the time-division variant of LTE (TD-LTE), with 220,000 base stations.

Nokia Siemens Networks is currently the main equipment supplier for China Mobile, which is trialling TD-LTE in thirteen cities in China currently.

According to its latest figures for January 31 this year, China Mobile has just over 714 million customers, having added 4.3 million since December 2012.

Just under 95 million of these are on 3G service however. For 2012, the Hong Kong based telco reported revenue of A$41.8 billion and earnings before income tax and charges of A$19.3 billion, down 6.3 per cent from the previous year.

Xi told reporters at the Congress that China Mobile and traditional carriers' earnings are under "very large pressure" from over-the-top (OTT) operators such as Skype and WeChat, operated by Tencent.

"From my point of view the competition challenge from the Internet is frightening," Xi said.

China Mobile's proposed strategy to meet that challenge is to use smart pipes, an open platform, specialty and niche business targeting, and optimised customer interfaces, according to Xi.