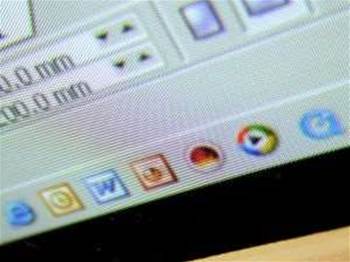 Workers are significantly more likely to lie in email messages than in traditional pen-and-paper communications, according to two new studies from Lehigh University, Pennsylvania.

Liuba Belkin, an assistant professor of management in the College of Business and Economics, said the studies showed that people actually felt justified when lying using email.

“There is a growing concern in the workplace over email communications, and it comes down to trust,” said Belkin. “You’re not afforded the luxury of seeing non-verbal and behavioural cues over email. And in an organisational context, that leaves a lot of room for misinterpretation and, as we saw in our study, intentional deception.”

In one study, Belkin and her colleagues handed 48 full-time MBA students $89 to divide between themselves and another fictional party, who only knew the dollar amount fell somewhere between $5 and $100. There was one pre-condition: the other party had to accept whatever offer was made to them.

Using either email or pen-and-paper, the MBA students reported the size of the pot -– truthful or not -– and how much the other party would get.

Emailers also said they felt more justified in awarding the other party an average of $29 out of what they claimed was a total pot of about $56.

Although deceptive in their own right, pen-and-paper students were a little friendlier. On average, they passed along almost $34 out of a misrepresented pot of about $67.

“It’s not just that e-mailers were more deceptive,” Belkin said. “It’s that the magnitude by which they lied was significantly greater.”

Looking for an opportunity to explain whether a shared sense of identity reduces an e-mailer’s impulse to lie, Belkin and her colleagues set up a second, related study of 69 full-time MBA students.

The results of that study indicated that the more familiar e-mailers are with each other, the less deceptive their lies would be.

Bu they would still lie, regardless of how well they identified with each other.

In recent years, researchers who have compared e-mail to other modes of communication have found it to be associated with behaviours such as lower interpersonal trust, more negative attitudes, and, perhaps most notoriously, a greater penchant for 'flaming' -- sending messages that are offensive, embarrassing, or rude.

But in trying to account for the difference between two communication modes that appear similar, the researchers surmise in their report that people may 'feel written documents carry stronger legal consequences than do emails, which feel fleeting in nature, despite the fact that they are actually harder to erase or contain. Thus, deception may be viewed differently in these two environments'.

E-mail was first widely used in workplace communications beginning in 1994. Since then, organisational norms regarding email use have evolved, but remain murky.

“The study of industrial psychology and the evolving use of e-mail are presenting some interesting challenges for organizations across the board,” says Belkin, who has studied organisational communications over the past few years. “We know it’s a socially acceptable way to communicate, but how that translates in the workplace is a different story entirely.”

The results of the studies are reported in the paper, 'Being Honest Online: The Finer Points of Lying in Online Ultimatum Bargaining'.

Belkin and her co-authors—Terri Kurtzberg of Rutgers University and Charles Naquin of DePaul University—presented their findings at the annual meeting of the Academy of Management held in August.
Got a news tip for our journalists? Share it with us anonymously here.