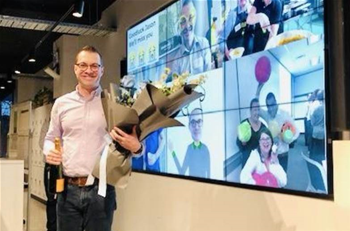 Hair, who has also been instrumental in building out the WooliesX team and its capabilities, revealed his new role last night.

“I have loved my journey with Food Digital and now WooliesX,” Hair said in a LinkedIn post.

“I’m excited to start the next chapter of my career with Woolworths leading our Group Transformation.

“Hard to say goodbye to WooliesX, my team and [WooliesX managing director] Amanda Bardwell but excited about what’s coming up next.”

A Woolworths spokesperson confirmed the appointment in a statement to iTnews.

“Jason is taking up a new opportunity within the Woolworths customer transformation team as general manager - transformation,” the spokesperson said.

“Reporting to Von Ingram, chief customer transformation officer, in his new role Jason will take the lead on creating alignment between the strategy and deployment of transformation programs.

“He will start with the group customer transformation team in early September.”

Hair said that WooliesX was being used as a vehicle to help drive Agile properly throughout the group.

The company used the tribal Agile model pioneered by Spotify, albeit “Woolified” somewhat to suit the retailer’s own purposes.

“We’re moving to an agile organisation across the group,” he said.

It was unclear at the time of publication whether a replacement would be recruited into Hair’s general manager of digital transformation and Agile role.