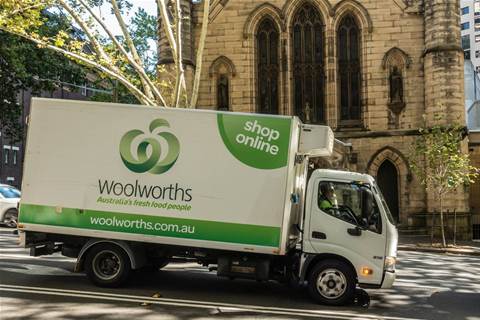 Online sales across the Woolworths Group climbed to $3.5 billion in FY20, up 41.8 percent from the previous financial year despite initial capacity issues at the beginning of the health crisis.

Much of the growth was enabled by what Woolworths' calls its ‘X’ digital divisions, which are organised by business line, and include WooliesX in the Australian supermarket division, CountdownX in NZ, and EndeavourX in drinks.

WooliesX was able to double its online capacity in what the retailer called a "transformative year", supporting the surge in customers seeking to minimise their time in-store, either through contactless click-and-collect and home deliveries.

While digital and e-commerce growth was already strong at the start of FY20, demand rapidly climbed in the third quarter due to the onset of COVID-19, causing the supermarket to temporarily suspend its “Delivery Now” speedy fulfilment and delivery service as it grappled with broader logistical challenges.

Average weekly traffic to Woolworths’ websites and apps jumped to 8.4 million weekly visits in Q3, up 66.9 percent compared to the previous year, and 10.1 million in Q4, up 79.2 percent.

“The surge in demand for e-commerce services initially impacted sales and the customer experience but the business rapidly adapted and added capacity in Q4 to resume all normal services and provide additional capacity and convenience to customers,” the company said in its full year profit announcement.

In some instances, meeting that demand meant bringing forward up to two years’ worth of investments in online operations in the space of just eight weeks.

While business-as-usual IT capital expenditure matched FY19’s spend of $177 million, Woolworths booked much of the WooliesX spend under “growth capex”, with e-commerce and digital investments climbing from $127 million to $160 million in FY20.

Those investments are expected to increase in the coming financial year, which are expected to contribute to an operating CapEx of $1.9 billion, up from FY20’s $1.6 billion spend.

The launch of the group’s first Everyday Rewards app in May contributed to the increase in digital traffic in Q4 compared to Q3, with over a million downloads delivering personalised specials to customers in-app.

Updates to the separate Woolworths app resulted in customers being able to access offers, rewards points, and order tracking in the app, coupled with enhanced payments and security measures.

Woolworths chief executive Brad Banducci told an analyst briefing on Thursday that the sudden growth in digital sales in FY20 reflected a longer trend and sustained investment from the company.

“Over the last five years across the group we have achieved a compound annual growth rate of 26 percent. Growth has further accelerated in FY20 to 42 percent and of course, is even stronger in the first eight weeks of FY21," Banducci said.

“We expect FY21 to be yet another transformative year for our X businesses,” Banducci said.

“All businesses have rapidly increased capacity and added new services in response to customer demand during the COVID period.

“We think that this has accelerated customers’ adoption of digital and e-commerce and will require all our online businesses to continue to innovate and scale-up our customer offerings.”