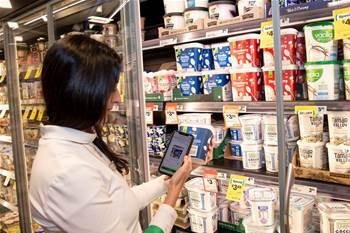 Woolworths has expanded trials of technology that allows customers in its loyalty program to scan and pay for items using their smartphone to more stores in the Sydney metropolitan area.

The retailer started trials of the technology, which was developed by its digital arm WooliesX, in September last year at a single supermarket in upscale Double Bay.

In addition, customers of Woolworths’ “renewed full-line supermarket in Mona Vale” on Sydney’s northern beaches will also be able to participate in the trial.

Called Scan&Go, the technology “allows customers to scan products with their smartphone as they walk through the store and pay in the app before tapping off at a dedicated kiosk in the self-serve area”, Woolworths said in a statement.

It is available to download on the App and Google Play stores. App users “must be Woolworths Rewards members and will need to upload an accepted credit or debit card within the app before shopping,” the retailer said.

Woolworths Group head of payments Paul Monnington said in a statement that the 10-month trial at Double Bay had proven successful.

“The trial in our Double Bay supermarket has been a success, with positive feedback from our customers and team, and we’re pleased to now extend the benefits of Scan&Go to more shoppers,” he said.

The expanded trial “will allow us to test the offer with even more customers in a different setting, so we can determine the best role for it in the future,” he added.