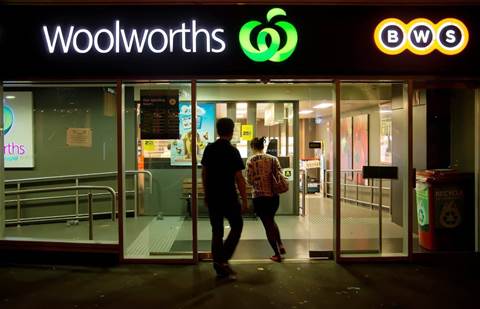 Woolworths is set to expand its use of a career framework developed by Group IT to other business units after the company’s technologists rated it positively as a career development tool.

The retailer said last week that the IT career framework was developed by its IT Culture and People team to “act as a GPS to enable team members to plan, implement, and steer their career journey with Woolworths IT.”

“At its core, the framework provides our team with a greater understanding of the skills, capabilities, and experiences required in their current and aspirational roles,” the company told iTnews.

“This clarity allows team members to create functional development plans to become more effective in their current role or build skills for their next role.”

It contains IT career maps that show horizontal and vertical career options, “including progression across IT career streams”.

It also profiles “broad expectations of accountability and behaviour by level across all IT career streams” as well as more specific expectations for what it calls “key IT anchor positions”.

The framework also offers staff external career development support via a partnership with the Australian Computer Society (ACS), which likely explains why the framework is a finalist in an ACS awards programme.

Woolworths’ IT staff are able to benchmark their skills against the Skills Framework for the Information Age (SFIA), which is the basis of national IT skills certifications in Australia and abroad.

“Once team members assess their skills and compare them to their current or aspirational role, they receive a suggested development plan through our partnership with ACS,” Woolworths said.

The retailer said it had run “a number” of IT career framework workshops with staff. “To date, more than half the IT team have attended a session,” it said.

Other evidence that the framework had been positively received came from Woolworths’ ‘Voice of Team’ employee engagement survey in March this year, where a “positive uplift in the career development category” was recorded.

Other business units within Woolworths are understood to now be looking to apply the framework in their own areas.

Woolworths also said it had received external interest in the framework.

“There are many diverse career paths available to IT professionals and mapping out where you want to go and how you get there can be daunting, particularly early on in your career,” Woolworths CIO John Hunt said in a statement to iTnews.

“We’ve developed the IT career framework to empower our team to really take control of their career and professional development.

“The framework provides our team with a greater understanding of the career pathing and associated roles available, underpinned with the necessary skills, capabilities, and experiences required to realise their aspirations.

“This is an area I’m very passionate about and the framework is a piece of work we are really proud to have developed.”