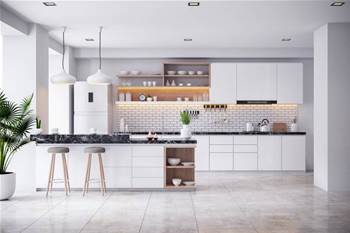 Appliance retailer Winning Group’s chief technology officer Tim Griffin will leave after 10 months in the CTO role and seven years in total spent at the company.

“Today is my last day at the Winning Group after over seven years,” Griffin said in a brief LinkedIn post.

“It's been an amazing journey full of challenges, learnings and wins along the way, particularly for Appliances Online.”

The company’s chief technology strategy officer (CTSO) Dax Lee, who has previously held the CTO role, will act as interim CTO until a replacement is found.

“As a dynamic growing business, we are in the process of recruiting someone with proven experience to replace Tim, in a role that is extremely important for the business,” CEO John Winning said in a statement to iTnews.

Griffin said his time as CTO had included “an infrastructure migration of our ERP platform, rollout of a new telephony system as well as a number of other projects around e-commerce, CRM [and] analytics”.

Prior to becoming CTO, Griffin held other roles at the company including 4.5 years as its head of data and innovation.