Winning CommBank over to agile 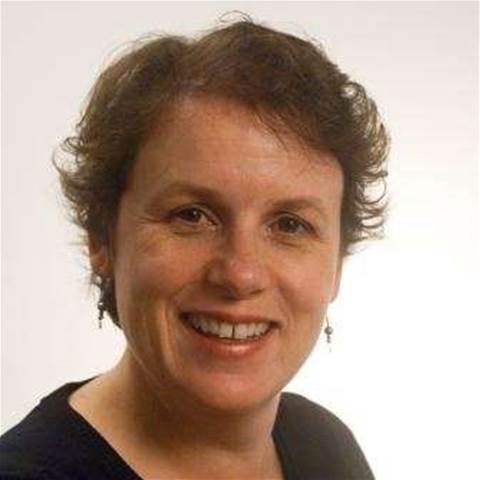 If there was ever evidence that agile has a future within the enterprise well beyond software development, consider that the Commonwealth Bank’s chief evangelist for the methodology has a chemical engineering degree, doesn’t work for the IT department and has spent less than two years working in financial services.

Lisa Frazier, executive general manager of digital channels at the Commonwealth Bank, has helped agile practices leap beyond the confines of the retail bank into those teams developing for small business and wealth clients.

“Today it's less about the product definition and more about the customer need,” Frazier told the Agile Australia conference this week when interviewed live on stage by REA Group CIO Nigel Dalton.

“Agile started through me, but I came into the company not knowing how CommBank operated,” she said. “I didn't know what the rules were. I knew not to risk the brand or play with the regulators, but when the the team said they would like to work in agile, I said, OK, go ahead. Agile has not come from the top down , it's not like we sent everybody on a training course. Each and every day our teams work their environment. My role is to clear the hurdles and otherwise get out of the way. There are a lot of hurdles in a large organisation.”

It hasn’t all been smooth sailing.

Frazier was happy to allow the digital teams to follow the agile route, but also wanted a say in when a project was deemed to be failing. Upon her arrival, she closed down one project - dubbed ‘The Experiment’ - within a matter of weeks.

"The team had worked on it for many months, but it didn't have a clear enough value proposition or an economic model behind it," she said. "So I shut it down. The response was: we don't shut things down. My response was: we do now. We leveraged some of the technology from MyWealth.”

Shutting a project down, Dalton noted from the interviewer’s chair, is one sign of a maturing agile practice.

The Commonwealth Bank has similarly ceased to add features to its Kaching social payments app, which had attracted close to three quarters of a million users and processed several billions of dollars worth of payments.

Features of Kaching - once considered a disruptive innovation - has now been rolled into CommBank’s online banking app.

“Kaching is a great example of a company being able to innovate, prove out the value proposition, see it grow beyond expectations, but then we’re shutting it down,” Frazier said. “It’s an example of innovation being brought into the mainstream.”

Frazier said that during her two stints in the United States she warmed to a business culture that tolerated a degree of failure in the name of innovation. The same can’t be said for Australia.

“In Silicon Valley we’d say, what do we learn from this? What were the traction metrics? Ok, let's go. In Australia, if failing on the cricket pitch, what does the media do to the team? We crucify them. How in corporate Australia do we learn to celebrate failure? How do we learn from it? Because unless you talk about failure, you won't do something to stop it next time. That's part of the culture we are trying to create.

"Failure is going to happen. I have to go to the executive committee and talk about my failures. I survived, because they said they know we have to push the envelope. If we don't learn to fail sensibly, we won't innovate. The price of not innovating is failure anyway.”

The bank recently conducted its first ‘celebrate failure’ day in an attempt to address this issue.

Frazier’s other challenge has been around how to communicate agile ideals to her superiors. Agile presents challenges both in terms of funding and in terms of audit processes baked in within banks over many decades.

“Recently we had the audit team audit their second or third agile project,” she said. “They are struggling because the scope has changed so much. We are in an education process for both audit and legal.”

Where last year Frazier had to fight for funding for seven different business cases, a process she felt was “highly inefficient”, the bank has come to agree on a portfolio model for the current financial year.

“I rounded it up into one ask, which then gives me flexibility to manage a portfolio of investments versus discrete projects,” Frazier said.

“Ultimately we still have work to do, because I still have to go through financial processes that don't lend themselves to agile, where things often change. It's still a big debate at the executive table. There is no silver bullet, unfortunately.”

But having a non-IT executive fight in the agile corner is translating to some wins. Agile practices are now used outside the digital realm - specifically during strategic planning events, those meetings where the annual investment cycle is decided.

“Now we are using scrum boards to coordinate business cases across retail, wealth and other divisions. This is not an IT conversation. They simply saw us doing our digital business cases and now it's becoming a communication mechanism within the bank.”

Frazier backs herself with two key stats - the 2.7 million Australians that have downloaded the latest CommBank app, and the 700 CommBank staff trained in agile in the last eight months who have a genuine say in the bank’s future.

“Whether you are a developer, a BA, a tester, product owners, or a scrum master, you can have an idea, debate it in your scrum, and that card can go on a scrum board, it can be added to a swim line and from there go into production,” she said. “Agile is about empowering small ideas and debating big ideas. It’s about having no theory or philosophy except that a good idea can come from anywhere.”