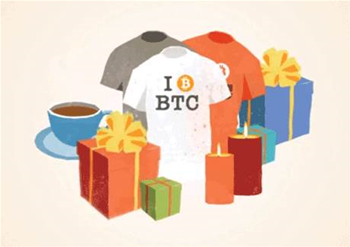 Internet entrepreneur and venture capitalist twins Cameron and Tyler Winklevoss have launched their own index for Bitcoin pricing, called the Winkdex.

The index blends the US dollar trading prices for the top three Bitcoin exchanges over a two hour period. The twins are believed to hold around one per cent of total Bitcoins, which at the current market cap of US$7.1 billion is worth some US$71 million. 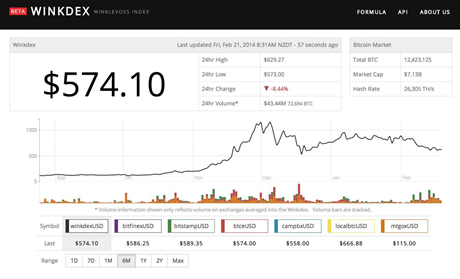 MtGox blamed the delays on unspecified security problems which forced it to move offices back to its previous building in Shibuya, Tokyo.

The price of Bitcoin at MtGox dropped following the announcement, from an high of US$272 to a low of US$113. The currency was trading at US$134 as of writing.

On Winkdex, Bitcoin is priced at US$573 currently. The MtGox exchange has been removed from the index.

The problems at MtGox, which still accounts for a large volume of Bitcoin trades, has lead some observers to speculate the exchange could go bankrupt.

The exchange has also been affected by the "transaction malleability" bug - where hackers can mask the transaction ID and repeatedly ask an account to deposit more bitcoins.