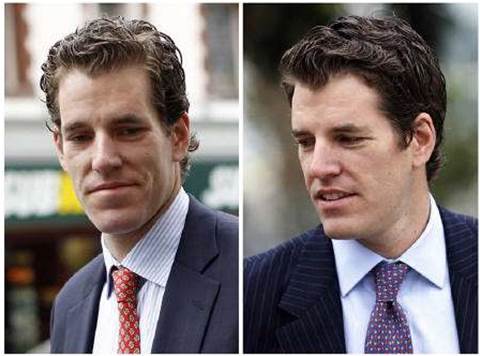 Cameron and Tyler Winklevoss cannot back out of a settlement with giant social networking firm Facebook over claims that Chief Executive Mark Zuckerberg stole their idea, a US appeals court ruled on Monday.

The saga of the Winklevoss twins and Zuckerberg became silver screen lore with the release of the film "The Social Network" last year. It has long been a legal battle as well.

The Winklevoss twins, along with Divya Narendra, started a company called ConnectU while at Harvard. They say that Zuckerberg stole their idea. Facebook denies these claims.

The three had agreed to a settlement that had been valued at US$65 million. But they argue that based on an internal valuation that Facebook did not disclose, they should have received more Facebook shares as part of the deal.

A lower court had granted Facebook's request to enforce the settlement, and on Monday the 9th U.S. Circuit Court of Appeals agreed.

"At some point, litigation must come to an end," Chief Judge Alex Kozinski wrote. "That point has now been reached."

Attorneys for the Winklevoss twins did not immediately respond to a request for comment.

Facebook deputy general counsel Colin Stretch said the company appreciated the court's careful consideration of the case, and was "pleased" it ruled in their favour.