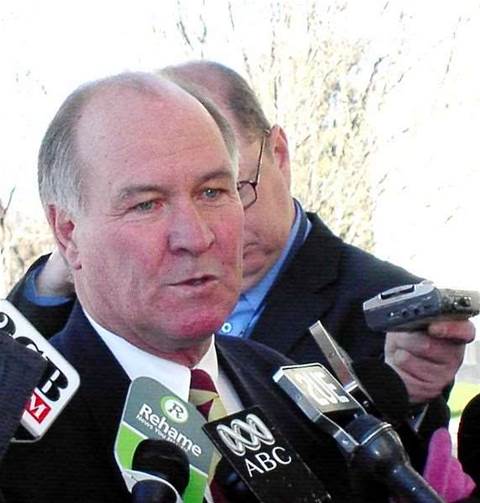 Federal member for New England Tony Windsor was "probably not" going to back a private members bill introduced by opposition communications spokesman Malcolm Turnbull that sought a ten-year business plan and cost-benefit analysis undertaken by the Productivity Commission.

Windsor told SBS Insight last night that he would reserve his decision "until I see Malcolm's bill in the parliament and listen to the debate."

But he was blunt in his support for the NBN and opposition to the Coalition's approach to the network.

"There's a political argument going on here and it's about trying to delay [the NBN]," Windsor said.

"I know Malcolm's got genuine concerns about this but Tony Abbott's agenda in my view is to stop it -  not just to check it but to stop it - and i think there's enough information out there now for me to support it."

Windsor said he had "doubts" about whether a Productivity Commission-led cost-benefit analysis would achieve anything useful, repeating criticism of the idea by ACCC chairman Graeme Samuel about the assumptions such an analysis might use - and how they might alter the outcome.

Turnbull said he was also talking to the independents about amendments he was proposing to the so-called Telstra split bill, re-introduced to parliament by the Goverment last week.

"We're talking to all the independents but don't find out [what they think] until they vote," Turnbull said.

Turnbull caused uproar from NBN supporters by continually referring to an FCC report from the United States that made various claims about the speeds and bandwidth needed for various applications such as e-health. These figures were typically much less than those supported by the capacity of the NBN, raising a question of whether the $43 billion investment was overkill.

Supporters of the NBN have claimed the US model was not a like-like comparison with Australia.