Enterprise customers can now select to buy an extra six years of support for Windows Server and SQL Server.

The new Premium Assurance extension offers a total of 16 years support, up from a current maximum of 10.

It is aimed at customers whose mission-critical and legacy applications aren't ready to move to the cloud, and which need to continue to run without disruption.

Customers with the six-year Premium Assurance add-on will only receive security updates and bulletins rated "critical" and "important", Microsoft said.

Premium Assurance pricing will intially be five percent of the license cost, but this offer is valid only for purchases made from March to June 2017.

After that, Microsoft will introduce a tiered pricing model that increases the Premium Assurance charge every year. 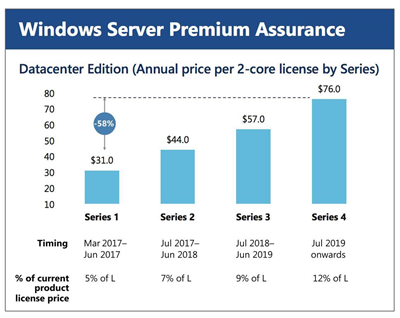 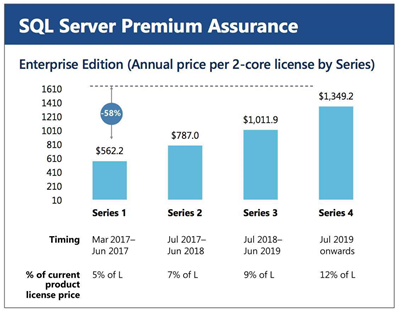 To be eligible for Premium Assurance, customers must buy Windows Server or SQL Server before the version purchased goes out of support, and as add-ons to Software Assurance.

Server licences bought via programs outside the above agreements and enrollments are not eligible for Premium Assurance, Microsoft said.

Premium Assurance will be available worldwide early next year.