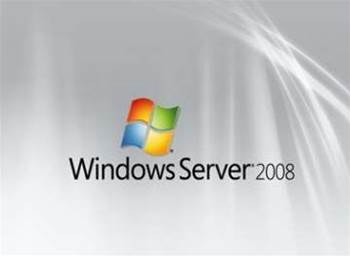 But only to developers.

Microsoft has rolled out to developers the final bits of code for its Windows Server 2008 R2 offering, having already released the product to manufacturing at the end of July along with Windows 7.

Redmond posted up the final code to subscribers of its Microsoft Download Network (MSDN) or TechNet services at around 6pm (BST) yesterday, with general availability slated for 22 October.

Despite the name, Windows Server 2008 R2 could be as significant a server release as Windows 7 is set to be for the desktop, according to a recent five star review by V3.co.uk which pointed to massive improvements in scalability and performance, and numerous new features.

Key among these are enhancements in the area of virtualisation. The new product, which was originally titled Windows 7 Server, ships with the Hyper-V 2.0 hypervisor, which enables virtual machines to be migrated between host servers while still running; useful functionality for load balancing or to allow for server maintenance.

Hyper-V also has enables users to boot physical as well as virtual machines from VHD images, and add and remove storage on running virtual machines, according to our review.

Server 2008 supports up to 64 logical processors per system in Hyper-V and up to 384 VMs running concurrently per host system – primarily for future scalability.

There are also improvements on the green IT side – with a new Core Parking feature designed to out a host’s processors to “sleep” when they aren’t individually being utilised.

Got a news tip for our journalists? Share it with us anonymously here.
Copyright ©v3.co.uk
Tags:
machinesr2runningserversoftwarevirtualwindows