Windows 8: Develop once for desktop and mobile 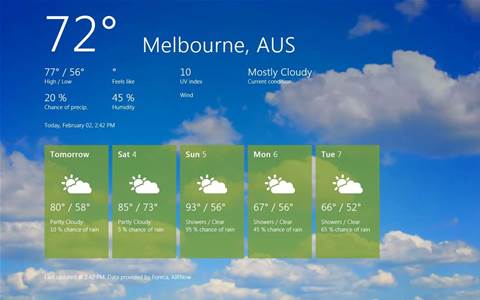 Arguably, Microsoft has not completely overhauled the user interface since Windows 95.

Windows 8 promises a bigger adjustment: it all but discards the familiar Start button, Taskbar and desktop, replacing it with the new Metro interface that substitutes icons for active tiles.

Metro looks like a grown-up version of the interface that Microsoft developed for Windows Phone 7.

Rather than sticking with an application-centric system where icons represent applications or individual documents, the tiles in Metro represent both applications and data. Tiles dynamically update as the data they represent updates. For example, the Contacts tile changes as contacts add new information to their LinkedIn or Facebook profiles.

These changes mean that many applications will need to be redesigned. This is a significant change management issue for the enterprise.

"Microsoft has gone to great pains to demonstrate that all existing business applications for Windows 7 will run within the Windows 8 and Metro environment," notes IBRS Advisor Joe Sweeney.

"That's good news for IT managers, but it won't all be smooth sailing. The way applications are launched has changed, accessing applications is different and it will require users to learn new ways of doing common tasks."

For developers, the changes that Windows 8 brings are significant but not extreme. Metro-style apps, sometimes also called Windows Runtime programs, are designed to run in full-screen mode and be touchscreen friendly. However, traditional mouse and keyboard interfaces and pen-driven software will continue to be both supported and developed.

So, what languages do developers need to focus on? Analysts from Gartner say that Microsoft will continue to support all the languages that are currently used by Windows developers but that the preferred programming model of the future will be HTML5/CSS and JavaScript - making that foundation the more certain strategic bet.

For developers, the big changes will come from the need to support a broader variety of devices and user interactions. Developers will need to learn to support multi-touch, motion sensors, full-screen mode and a new way of dealing with network connections.

Microsoft's advice to developers strongly suggests that developers will need to engineer their applications for devices that won't have a persistent network connection. That's similar to the current generation of smartphone and tablet apps that seamlessly toggle between cellular and network connections.

Developers might feel daunted by the new user interface that Windows 8 brings. However, current programming languages remain supported and there remains plenty of time for developers to learn how to work with the changed interface and new hardware.