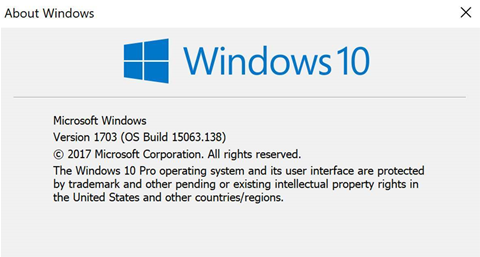 Microsoft has released the Creators Update for its Windows 10 operating system to all users, after a lengthy public beta testing program.

Microsoft has honed several key Windows 10 features in the Creators Update, including its Cortana personal digital assistant that can now better control PCs with voice commands. It is also now active during the operating system installation process.

The company is also focusing on three dimensional content creation, with the bundled Paint3D app and better support for digital ink.

Under the hood, Microsoft has sped up the Windows Hello facial recognition authenticaiton feature; the Edge browser can now save tabs for later and supports 360-degree videos; and users can now turn on the blue glare reducing night light.

Microsoft is also seeking to address criticism over the amount of data it gathers from Windows 10 users.

Last month, the company published an extensive list of the user data it collects through different products, and what it does with the information.

The software giant also included a patch to fix a critical remote code execution vulnerability in Adobe's Flash Player software that it bundles with Windows.

Microsoft warned that the April 2017 security update package has a known issue that could affect users' computers and which the company is seeking to fix: users with computers that feature AMD's Carrizo DDR4 processor won't be able to download and install future Windows updates, Microsoft said.