Will iPhone ring up the sales? 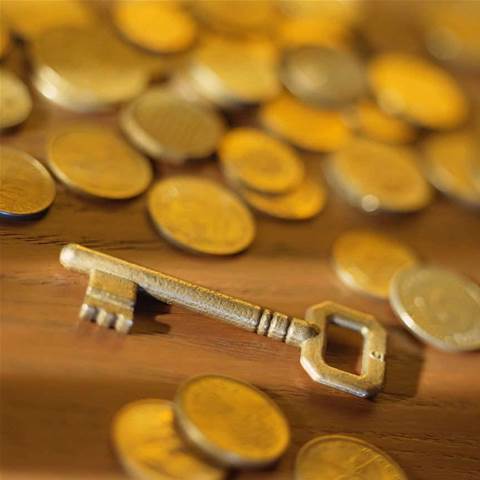 Industry analysts get to the core of Apple's mobile phone.

Hype becomes reality today as Apple's much discussed iPhone makes it out of shops and into consumers' pockets.

"The iPhones will fly out the door in the first several weeks, as the 'got to have one' customers swamp Apple, but the real question is what happens come September?" Jack Gold, founder of product research firm J Gold Associates, told vnunet.com.

"Will it be as hot then once we get through the initial demand? And what happens around the holidays? That will be the really big indicator of how successful the iPhone is."

Richard Prati, chief executive at American Technology Research, expected around one million units to ship by the end of 2007, although he admitted that this figure was conservative.

"The US$500 to US$600 price tag could be restrictive but it is not likely to matter for the first few million units with the early adopters," he told vnunet.com.

However, a report by analyst firm Parks Associates suggested that the market may not be as big as Apple expects.

"Only three per cent of US consumers expressed a strong interest in purchasing the iPhone at a US$499.99 price point with a two-year contract," said Kurt Scherf, vice president and principal analyst at Parks Associates.

The high retail price of the phones aside, the other problem that could affect US consumers is that the iPhone is only available with an AT&T contract.

"If you already have a phone with another carrier, it will cost you US$200 to get out of it so you can go to AT&T, the sole provider of the iPhone service," said Gold. "I think this will give many people pause for thought."

Kurt Scherf, vice president and principal analyst at Parks Associates, added: "The million dollar question is exactly how many wireless subscribers will switch carriers for the iPhone."

A recent survey by Parks Associates found that the majority of consumers still consider network and voice quality as the most important factors in their choice of mobile carriers, with only a small percentage considering handset design as important.

However, Scherf admitted that, given AT&T's large customer base, an iPhone introduction could attract millions of users to the device.

As well as having an impact on market sales, the introduction of the iPhone could influence the design of mobile phones in general.

"The iPhone's use of capacitive touch-screen technology and sensors, and the work on user interface software and design, are what is most striking about the device," said Gartner analyst Nick Jones.

Tony Cripps, service manager of the mobile user experience at analyst Ovum, told vnunet.com"Other manufacturers would do well to reassess the usability of their own handsets in light of the iPhone's emergence.

"That is where the real development effort lies - not so much in the applications and services themselves - but that does not mean they should slavishly copy it."

Cripps expected quite a few iPhone "clones" to be launched in the near future, with some companies having even beaten Apple to the punch.

"But I cannot see them being a mainstream phenomenon in the near future because they are out of step with the mainstream of mobile phone development," he said.

In fact, when compared with other mobile phones already out in the marketplace, the iPhone does not match up that well.

"The iPhone lacks some high-end features such as GPS, video capture, 3G support and a replaceable battery."

But some industry analysts feel that the inclusion of a rechargeable battery that cannot be replaced when it starts to hold less power is a grave mistake.

"The non-replaceable battery is a mistake in my opinion. Just look at all the flack Apple took for the iPods without user battery replacement capability," said Gold.

"Many heavy phone users carry around a spare battery because it is small and light and just plug it into the phone when needed."

Gold also questioned the ruggedness of the screen and asked how easy it would be to scratch. Many users drop their handset on a hard floor at some point during a phone's lifecycle.

However, Stuart Sikes, president of Parks Associates, said that analysts needed to look beyond the device itself.

"Looking at the iPod, one has to remember that, while the device is cool, what really made it was the accompanying iTunes commerce experience," he said. "Does the iPhone have anything like this to give it a 'transactional advantage'? "

Whatever the outcome following the iPhone's launch today, analysts agree that Apple's entry into the mobile phone handset market has already been a success.

"Operators control the power in the North American handset market and Gartner believes that Apple has secured a deal that lets it set wholesale pricing, and terms and conditions, along with a host of other advantages.

"What makes that remarkable is that it all happened before the first paying customer ever completed a call on the iPhone."

Milanesi added that the only question now is to see whether Apple can replicate the situation in Western Europe.

Whether the iPhone sweeps all before it, or remains a niche product for early adopters, Gold believes that the exercise has already paid dividends for Apple.

"The iPhone has been in the press for months and Apple could not have afforded to pay for all of the publicity it received. It must be worth billions, " the analyst said.

"Even if it never sells an iPhone it has been a successful product just on the basis of hype alone and Apple visibility."
Got a news tip for our journalists? Share it with us anonymously here.
Copyright ©v3.co.uk
Tags:
analysis iphone ring sales telco/isp the up vnunetcom will
By Matt Chapman
Jun 30 2007
8:22AM