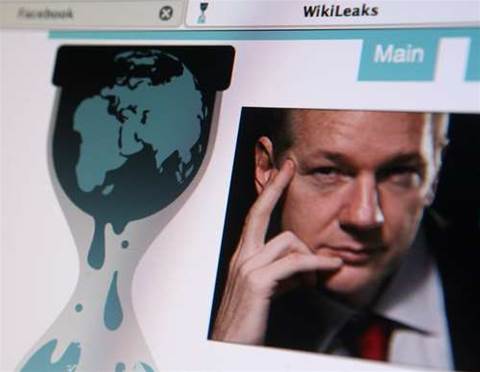 WikiLeaks announced a return to action.

WikiLeaks announced a return to action with a statement and the leaking of more than five million emails from global intelligence company Stratfor.

Named the ‘Global Intelligence files', they date from July 2004 until late December 2011, when Stratfor suffered a major hack by Anonymous that resulted in the personal information of 860,000 people being published, including 50,000 military and government credentials.

The issuing of a statement by Stratfor founder and CEO George Friedman revealed that it had been hacked in early December, with customer credit card and other information stolen.

According to WikiLeaks, the emails reveal the inner workings of a company that fronts as an 'intelligence publisher', but provides confidential intelligence services to large contractors and government agencies, and "show Stratfor's web of informers, pay-off structure, payment-laundering techniques and psychological methods".

It claimed that there are more than 4000 emails mentioning WikiLeaks or founder Julian Assange, and said that like the diplomatic cables from 2010, much of the significance of the emails will be revealed over the coming weeks "as our coalition and the public search through them and discover connections".

WikiLeaks did not say how it had gained access to the internal and external correspondence, but did say that it is working with 24 media organisations worldwide that have access to a database of the Stratfor emails.

Stratfor issued a statement that denounced the email disclosure as a "deplorable breach of privacy". It confirmed that a breach of Stratfor's data systems had resulted in a large number of company emails stolen, along with other private information relating to Stratfor readers, subscribers and employees.

It called the choice of WikiLeaks to publish those documents and details as "a deplorable, unfortunate – and illegal – breach of privacy".

It said: “Some of the emails may be forged or altered to include inaccuracies; some may be authentic. We will not validate either. Nor will we explain the thinking that went into them. Having had our property stolen, we will not be victimised twice by submitting to questioning about them.”

It also said that there had not been another hack of Stratfor's computer and data systems, and its data systems remain secure and protected since the hack in December.

“As with last year's hack, the release of these emails is a direct attack on Stratfor. This is another attempt to silence and intimidate the company, and one we reject. Under the continued leadership of founder and chief executive officer George Friedman, Stratfor will not be silenced and will continue to publish the geopolitical analysis our friends and subscribers have come to rely upon,” it said.

“As we have said before, Stratfor has worked to build good sources in many countries around the world, as any publisher of global geopolitical analysis would do. We have done so in a straightforward manner and we are committed to meeting the highest standards of professional conduct.”

It denied being a government organisation or being affiliated with any government, and said that as the emails are private property, they should be read as casually as they were written.

It concluded by saying: “Stratfor understands that this hack and the fallout from it, including the disclosures by Wikileaks, have created serious difficulties for our subscribers, friends and employees. We again apologise for any problems this incident has created, and we deeply appreciate the loyalty that has been shown to Stratfor since last year's hack.

“We want to assure everyone that Stratfor is committed to recovering from the hack and rebuilding trust with the public and will continue to do what we do best: produce and publish industry-leading analysis of international affairs.”

In a later tweet, it denied that Friedman had resigned.

Got a news tip for our journalists? Share it with us anonymously here.
Copyright © SC Magazine, UK edition
Tags:
security stratfor wikileaks