Why Tip Top now bakes AI into its daily bread 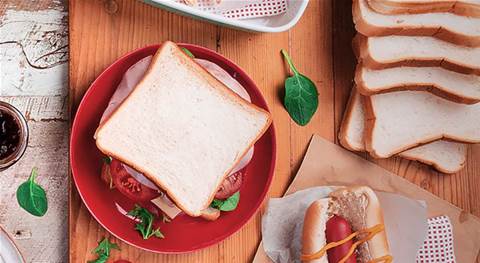 The company, which is part of Australian food manufacturer George Weston Foods, has tapped into AWS technologies to better forecast customer demand at the 14,000 retailers it supplies.

Officially known as Tip Top Bakeries, the iconic brand produces and delivers more than a million products to retailers across the Australia each day, including loaves of bread, crumpets and cakes.

But with that scale of supply comes comes the problematic and expensive challenge of food waste, which Tip Top's business systems and analytics lead Joshua Chalmers said was a “massive” cost to George Western Foods.

“When a product isn’t purchased by a consumer, we take those bread products back on a daily basis,” he told the recent AWS Summit in Sydney.

“We have to transport those back to our organisation, we then have to process them where we can into crumbable products - pig feeds and the like - and try and use as much of that as we can.”

But this is just a drop in the ocean, with around one third of all food produced worldwide estimated by the United Nation's to be either lost or wasted each year.

Of equal importance to Tip Top, however, is ensuring the availability of the company’s bread products to avoid customer dissatisfaction.

“Really from our perspective, availability is one of the key measures of our major retailers,” Chalmers said.

“They say bread availability is one of the key drivers to their customers dissatisfaction with their organisation, not just ours.”

Demands on the breadline

To balance these competing concerns, the baker is working with AWS to forecast demand using predictive models that use rules-based approaches.

Much of this work had previously been done manually using spreadsheets, but Chalmers said taking this approach was no longer possible for the scale it required.

“We really just don’t have the scale to deal with the complexity and the volume of our business,” he said.

“What we did is we took historical sales data out of some of our major retailers at a store skew, daily basis, to use that history,” Chalmers said.

He said it had allowed Tip Top to find a “sweet spot” between “maintaining stock for availability by also reducing the quantity that goes into making sure that waste is not a problem”.

Early results from the model has produced a better result on “four of the seven days” in the week.

Efficiency gets a rise

“What I mean by a better result is the predicted order that was generated was greater than … store sales, but less than our original order or the order the we actually delivered to those stores during that time,” he said.

In the future, the external data that has the potential to influence sales such as public holidays will also be fed into the model to provide an even more accurate forecast.

“Just using that simple amount of features into the data model has given us some really food insights, and is processing us forward into working on developing other components,” he said.