Why split AGIMO when it could be abolished? 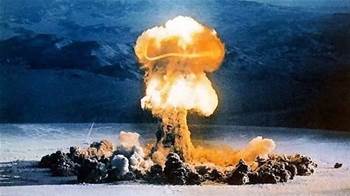 Opinion: The case for an AGIMO split was missing in action.

Effectively the two divisions of AGIMO have been dispersed into separate groups on the basis that work at the Office has diverged over time between two distinct areas: whole of government policy and governance, and whole of government services delivery.

“As such we have created two distinct roles to serve each of these areas more fully,” the official announcement states.

What it really does is deprive AGIMO of its Deputy Secretary status. Both Division heads, newly crowned as CTO and CIO, will now answer to separate divisions.

This role embraces many non-ICT aspects such as educating external parties about the Commonwealth Procurement framework, handling complaints, and monitoring issues related to Australian Government procurement.

In the absence of additional resources, it’s a big ask to be a CTO and a head of procurement. It is difficult to expect that a fragmented AGIMO - with more on its plate than ICT - will be stronger and more effective.

The other justification for the split is that is said to be “aligned” with the Williams Inquiry issued in January this year.

Williams made no recommendation in support of such a split. Instead the Williams inquiry expressed concerns about staff rifts between the two divisions which threatened AGIMO’s ability to fulfil its main goal of identifying and developing common approaches to ICT across government, including an emphasis on whole of government policy.

That inquiry expressed its concerns that AGIMO and Finance generally lacked sufficient clout to influence many whole-of-Government IT policies.

“Indeed there is a sense that the trend towards greater central control that was part of the Gershon era may have stalled,” the Williams Inquiry found.

Since then, AGIMO’s influence has been confined to invoking budget savings through central procurement arrangements.

It could be argued that - as most of the panels have now been established - there is less need for a central group to oversight them.

Instead we have witnessed a quasi-feudal approach where the larger agencies such as Defence, Human Services and ATO supported AGIMO’s approach under the proviso that it does not disturb their IT agendas.

AGIMO’s risk averse approach to innovations such as cloud systems, its retreat on ICT services panels and its unusual approach to promoting local small business ventures by opting for their own in-house developments pointed to the need for Finance to bite the bullet.

A braver decision would have been to pull the plug on AGIMO altogether.

In the absence of a clearer mandate, AGIMO now exists in name only.

We are assured that over the coming months more information about the new roles of the divisions will be made public.

Right now it seems more like a dandy fifth wheel to the Government’s fragmenting ICT policy approach, fitting neatly with inaction over its cyber policy white paper and its vague ICT vision for the Australian Public Service.

What do you think of the new structure for AGIMO? Will it improve Government service delivery? Sign in to comment below.