Why Microsoft is staying the Windows course 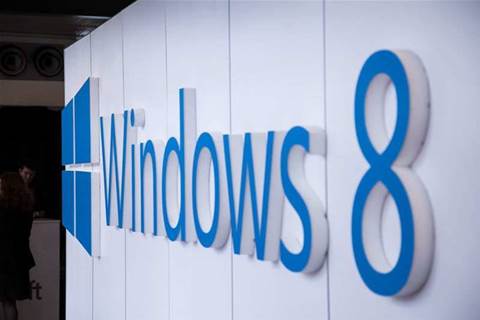 Windows 8 sales are tepid. We know this; we have seen many real data points confirming it.

The financial markets, the press, bloggers and analysts are all imagining that the thinly-veiled echo-chamber they created is making their voices louder and creating the perception that their chorus is widening. Many believe that they will get Microsoft to change its strategy. Don’t bet on it.  A new era of Windows is only in its infancy.

For the last 30 years the PC market has been evolving. Whether Compaq’s early suitcase-sized mobile computer or today’s Ultrabook, the core of these systems has stayed relatively constant.  This extraordinary, evolutionary path has seemingly run its course.

The world is demanding something different from computing devices; and Microsoft is responding.  And so is Intel. These two stalwarts of the PC era are transforming themselves and aim to create something very different for the next 30 years. Microsoft’s plan is built on a vision, not a sound bite. Crazy? Maybe so, but I submit Microsoft is pretty good at this vision thing.

We know the Microsoft story – Bill Gates and Paul Allen originally made software that measured street traffic, which laid the foundation for DOS and then Windows, now powering billions of devices used by billions of people.

It was the 1970s before anyone knew what “high tech” was and before there was an endless stream of easy money for startups. The tech sector only had a handful of participants and it was traded at a steep discount to the S&P. This bit of trivia is worth highlighting, as I think it’s when Microsoft first developed the early markers of its DNA.

Back then there was only one way to survive, take on industry giants and live in fear of their footsteps. It was continuous paranoia, and demanded building something ever greater than what it built before. Microsoft was always willing to go where its customer wanted to go; I find very little credence that Microsoft dictated where its customers went. It innovated, it executed. That is its DNA.

Microsoft has a history of “creative destruction”, building new software to replace its old software. Software never wears out and for years Microsoft didn’t have an SA option (even today the majority of revenue is transactional). If Microsoft wanted a customer to buy something new, it had to build it and sell it to him.

Microsoft has done this over and over for the last 30 years. The consistency to redefine itself time and time again does not come by chasing the flavour of the day. It dictates a strategy and focus, but most of all it has made the ability to change and adapt a core competency of Microsoft.

However, there’s a downside –  it makes keeping the balance between staying focused on your mission and when to adapt it, critical.

The tablet and the smartphone are not the first things that the “Technorati” projected to make Microsoft irrelevant. Microsoft was always under threat. In the 80s it was Apple’s Lisa and IBM’s OS2. Then Novell’s Netware, directory services, free email, AOL, the internet, Netscape, Java, Linux, VMware, virtualisation, the cloud, advertising-financed software, open source software, and so on.

Microsoft has consistently addressed threats, not always perfectly, not always successfully, but it certainly earned the label of the tech company of the 20th century.  It often out-executed on others’ ideas. But, no matter how you look at it, Microsoft responded to the ever-changing environment it faced - aggressively and with conviction.

So, why are we so obsessed with Windows 8?

Microsoft, on its latest quarterly conference call with investors, revealed two things that stand out – its business outside of Windows is very healthy and Windows 8 is the operating system to drive the PC world into the future.

The future is about touch and mobility and that is why Microsoft built Windows 8. Period. It’s going to stay the course, because its vision is well beyond these first couple of quarters.

Windows 8 is not something Microsoft intended to “throw against the wall and see if it stuck”.  Windows 8 is part of a transformation for the company and the ecosystem in which it participates.

Microsoft is patient and it is focusing on where Windows is going to be in the coming years and beyond. Ecosystems need this for confidence, stability and support and the PC industry needs this to reinvent itself.

Which brings up a couple of interesting questions: What is a tablet and what is a PC? Maybe a tablet is just a PC in a different form factor, a different name. I will not touch that debate. But, in the eyes of Microsoft and even Intel, ARM Holdings, and investors, it really does not matter, as long as their technologies are the most successful in giving people what they want.

We don’t know Windows 8 sales volumes. Does it matter? It will not change anything. Microsoft’s Windows strategy is right there in front of us – love it or hate it; you can reach out and touch it.

It’s unlikely that we have heard the last on Windows and of Microsoft, and it’s quite possible that Microsoft’s best years lie ahead of it.  And, if you think transition and change are hard, try complacency.

John Rizzuto is a research vice president at Gartner. This column re-published with permission.