Why it’s better to re-use than recycle 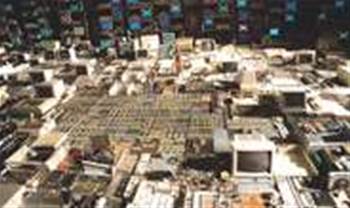 Few would question the need to recycle old hardware, but some experts argue that there is a stronger environmental and economic case for extending the useful life of IT equipment by donating it to projects in the developing world

Following the introduction this year of the long-anticipated WEEE directive, many IT chiefs have been forced to overhaul IT disposal practices to ensure their e-waste is safely recycled. But while such moves are well intentioned, some environmentalists are now convinced that handing your old PCs to recyclers could actually be anything but green.

That is the controversial view of Tony Roberts, chief executive of IT re-use charity Computer Aid International. Speaking during Business Green’s recent web seminar on the e-waste crisis, Roberts argued there was growing evidence that the IT industry’s carbon-intensive manufacturing processes meant that firms recycling old IT equipment after just three or four years’ use could significantly reduce their environmental impact if they instead found their PCs a second home.

Roberts cited research from professors Rudiger Kuerh and Eric Williams of the United Nations University in Tokyo, which found that 75 percent of the greenhouse gas emissions released throughout the lifecycle of a typical PC are emitted before the computer is plugged in.

As a result, power-saving technologies and turn-off campaigns can only ever address a quarter of the emissions associated with each PC and the most effective way of limiting a PC’s carbon footprint is to extend its productive life to ensure extra PCs do not need to be built. Kuerh and Williams concluded that re-using an unwanted PC is up to 20 times better for the environment than breaking it up and recycling it.

Roberts recommended that IT chiefs donate PCs directly to re-use schemes, such as those operated by Computer Aid International, where machines are wiped of corporate data, reconditioned, and given to education and healthcare projects in the developing world.

“PCs that have been professionally reconditioned by organisations such as Computer Aid can then enjoy a second user life of another three or four years, effectively doubling their productive life,” Roberts explained. “The 90,000 PCs that Computer Aid has already shipped will provide half a billion user hours in developing countries that otherwise wouldn’t have been possible.”

However, while this approach leads to a reduction in carbon emissions, some experts are concerned that shipping PCs into economies with limited recycling capacity could lead to serious environmental damage when the computers and their toxic components eventually reach the end of their life. One such expert is Greenpeace’s Iza Kruszewska, who voiced fears that some re-use schemes could inadvertently provide a mechanism for shipping toxic kit out of Europe and into regions with less stringent e-waste legislation.

It is a concern advocates of PC re-use are keen to allay. “Computer Aid is investing in building end-of-life recycling capacity in recipient countries,” said Roberts. “Over the next 12 months, we will recycle 10,000 computers that have now genuinely reached the end of their life in projects in Africa.”

Computer Aid has joined other re-use charities and PC-refurbishment firms in signing up to the recently launched Digital Pipeline initiative, which aims to act as an umbrella organisation for the re-use sector. The Microsoft-backed charity provides a simple means of linking firms with re-use schemes, and also helps address concerns about recycling by providing a tracking service for donated PCs and a central fund to help ensure re-used PCs are recycled.
Got a news tip for our journalists? Share it with us anonymously here.
itweek.co.uk @ 2010 Incisive Media
Tags:
betterhardwareitsrecyclereusethantowhy