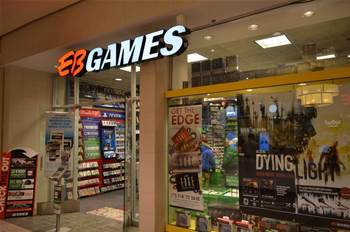 Online sales are an important part of EB Games’ operations, but its dominant retail presence had left its e-commerce store functioning at arm’s length.

They decided to rearchitect the entire site on top of an AWS platform-as-a-service (PaaS) environment.

“We wanted to avoid doing an IaaS migration to AWS and then incurring the inertia of a second shift to PaaS in the future,” Clarke said.

“Automation was a key object of the migration, as we wanted to achieve a lightweight network architecture and use it as a launch pad for continuous delivery of the e-commerce platform.”

Building that launchpad required the separation of development, quality assurance, production and other virtual machines as business processes required.

This logical separation was tied to a “completely automated build pipeline” in which tools such as Bitbucket, TeamCity, Octopus Deploy and Cloudformation were used to automatically create and commission platform instances.

The project required similar change within the company’s development team. Building a DevOps culture across development and infrastructure teams raised the usual challenges, but Clarke says the decision to do away with old processes and move aggressively to PaaS “"this easier as it broke the old paradigms and got people thinking about the work differently".

An extensive range of technological skills were needed to tap into AWS PaaS services where possible as well as the likes of .NET, Lambda, Node JS, RDS, Redis, OWIN, IIS, SQS, Rebus, and DynamoDB.

Working with technology partners including AWS expert Idea11 and .NET specialist Readify, the EB Games team was able to develop a lean, flexible and scalable framework that now supports the development and deployment lifecycle of its e-commerce platform.

The PaaS approach has been validated by strong early benefits: cost savings from the migration are delivering an internal rate of return of 87.7 percent, and the uplift in sales is pushing this to nearly 144 percent.

Pre-orders of limited-release games, for example, can now be handled through the site, with built-in scalability ensuring performance is never compromised even in periods of high demand.

“Traditional solutions were not keeping pace with the rate of change in the public cloud and we needed to rethink our approach,” Clarke says.

“We sold in 18 hours what we did in the first year. We couldn’t have done these numbers on the old platform.

“The website is no longer considered just another large store with impressive sales numbers.

“It is a pillar of the business with an impact far beyond raw sales dollars. The importance of providing an amazing customer experience is now greater than ever – and a robust and scalable e-commerce platform is necessary to make this happen.”