Why do Brits love open source? 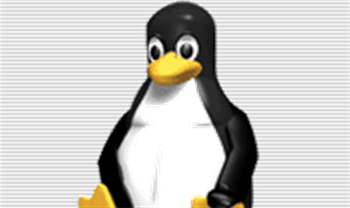 UK is the sixth most open-source software-friendly country in the world - behind Australia, according to research.

Use of, and support for, open-source software is thriving across the globe, but uptake varies from country to country.

To date, the factors that influence adoption of open source are little understood, and market watchers cannot explain why open source is more popular in one country than another.

The Georgia Institute of Technology (GIT) recently attempted to map the popularity of open source across the globe.

To do this, it built an open-source software potential index, giving each country an environment score, based on its policies, practices and support from government, local industry and communities.

A separate score for activity was assigned, which includes a measurement of users. These two scores were combined to give an overall score.

Western Europe, Australia, the US, China and Brazil top the league for open-source software support, with the UK ranking sixth in a list of 75 countries, behind France, Spain, Germany, Australia and Finland.

“This study shows that open source is widespread and thriving,” the GIT report concludes.

“Still, very little empirical evidence exists for documenting and explaining why or how the open-source model works. Scholars have examined the adoption of open source by national governments, via policy mechanism/regulatory approaches, but there is still not enough data showing us why open source succeeds in some places and not in others.”

Certainly, the fragmented nature of the open-source software market, which sees both large and small organisations own software and access support in a variety of ways, makes accurate measurement of its use difficult.

Nevertheless, market watchers are confident that enthusiasm for open source is set to continue.

Figures released by IDC earlier this month [April] suggest that the value of enterprise spending on open-source Linux software is set to grow 21 per cent in 2009.

A white paper, The Opportunity for Linux in a New Economy, sp onsored by industry group the Linux Foundation, estimates global spending on open source will reach US$35.5bn by 2013, representing a 23.6 per cent compound annual growth rate since 2008.

IDC reports that virtualisation and cloud computing will play significant roles in driving this growth, but the real impetus will come from traditional applications such as enterprise resource planning, database and general business processing applications, which will switch to using Linux instead of Unix operating systems.

Gartner agrees that the use of open-source software and operating systems will help organisations move their applications to the cloud more easily,

“With rare exceptions (for example, Microsoft), most next-generation, cloud-based software infrastructure providers and software-as-a-service application solutions will depend on open-source software. As a result, users must align cloud-based IT initiatives with corresponding enterprise open-source strategies,” wrote Gartner analyst Mark Driver in a recent research note.

Many leading software companies, including IBM and Sun Microsystems, have started to introduce open-source elements to their product portfolios.

However whether Sun's enthusiasm will survive its planned US$7.4bn acquisition by Oracle remains to be seen. Sun’s open-source software, which include its Solaris operating system and MySQL database application, represent only a small part of the company’s overall business, though one in which the ailing Sun had placed a lot of faith.

Oracle has so far given no clues as to how it will integrate these open-source elements into its own product set.
Got a news tip for our journalists? Share it with us anonymously here.
Copyright © 2010 Computing
Tags:
britsdoloveopensoftwaresourcewhy