Why did Australia’s leading debt collector buy into a neo bank? The answer isn’t what you’d think… 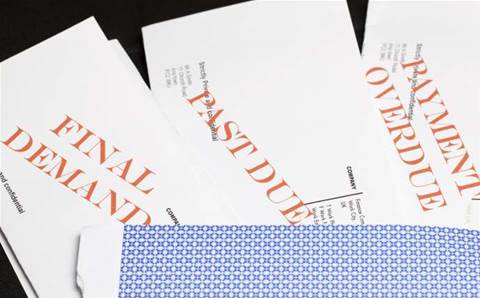 Anyone who’s ever been phoned by debt collectors chasing a bill or loan payment knows the feeling. The sinking discomfort. The stalling. The overwhelming desire to end the call.

And that’s when the bill referred to the debt collector is legitimate.

Get a firm nudge over a bill that a telco or utility said you wouldn’t have to pay, and cue the fireworks to erupt. Billing stuff-ups just happen, especially around upgrade time.

So whichever way you look at it, debt collection, receivables management or credit control has been one of the most challenging industries to work in for decades, with the complexity of debtor communications, not to mention basic business models hit hard, by digitisation.

So here's the question: why would one of Australia’s stalwart recovery agencies, Collection House, take a sizeable chunk – $8.5 million for 4.5 percent – in an as yet unproven neobank Volt Bank?

Volt on Tuesday was granted a full banking license that will allow it to take the fight up to not just the Big Four but early online pure plays like ING and Rabobank.

As open banking rolls around (even if a little delayed by Canberra’s theatre of the macabre) the ‘born digital’ institution unencumbered by decades of sunk cost in legacy technology will be able to outperform the majors on service and price. Or so the theory goes.

It’s a reasonable bet, but that’s not at the core of why Collection House is buying-in.

Look under the hood of the ASX-listed veteran debt collector and what’s clear is a plan to rapidly reinvent the business into a diversified digital services platform that can service clients by helping make things go right as well as mopping-up when things go wrong.

At the heart of the platform push is an in-house system dubbed C5 that combines customer and agent communications, analytics, AI and payments behavioural modelling.

Combined with a new portal that features a raft of automated and user-driven functionality, the new system has given Collection House the ability to more proficiently nudge customers into paying through digital interactions taking the load off laborious outbound calls and paper demands in the mail.

Part of C5’s not-so-secret sauce is that many people dealing with debt seem to prefer to talk to machines or bots to sort out their affairs. It might be that debtors feel less judged, or that there’s less need to be defensive when you know it’s not a human.

It’s also easier on call centre staff used to grinding out the calls to chase money, not to mention a lot cheaper.

Collection House’s November 2018 annual report pegs the productivity uplift per hour for collections staff at a whopping 42 percent, an improvement that means it can take on a lot more work for substantially less cost.

That uplift, along with the analytics insights and automation is being pushed back to corporate clients, the ones chasing money from their customers.

There’s a saying in the credit industry that while billers spend their time enticing people sign up for products and services, it’s the receivables and collections profession that actually get people to pay for them.

Just a few years ago, a major lever to get people to pay was the negative effect that late payments payment, defaults and unpaid bills could have on a person’s credit score.

Positive credit scoring, where paid accounts are weighed against unpaid or late ones was introduced to provide better and fairer risk insight and level the playing field for access to credit, at least in theory.

What also appears to have done by fortuitous coincidence is run a much needed ruler over billers and lenders who artificially mask poorer credit quality through hard selling and duplicitous tactics to land rapacious growth targets.

That means as sales, billing and credit channels all digitise and automate, the need for debt and credit hygiene becomes more important than ever to prevent the receivables pool from becoming polluted with toxic arrears.

Credit rating and collection agencies have a deep insight into where and how things go wrong for people who owe money, whether it’s boiler-room selling tactics, poor service delivery and predatory pricing.

Where Collection House is headed is using its technology platform to not only distil and qualify the quality of debt, but to sell back services that help avoid arrears escalating to the point of default.

That’s a good place to be as banks (as lenders) and billers alike come under increased regulatory pressure to rein-in so called ink-and-run tactics, a scenario that also creates a market for legitimate credit repair and debt consolidation outside the payday and shadow lending industries.

The platform synergies between optimised collections, automated and intelligent customer channels and out of the box digital banking line up pretty well.

Take, for instance, the scenario where a customer who applies for an entry level credit card has terminated their mobile phone contract and disputed bills for poor service quality. Or late or missed payments are contested because the day deductions are made were shifted forward by a creditor.

It’s fair to say that against this all too frequent backdrop, Collection House’s investment in Volt Bank makes opportunistic sense, especially given technology capability is clearly part of the deal.