What the Pacific Fibre collapse means for NZ 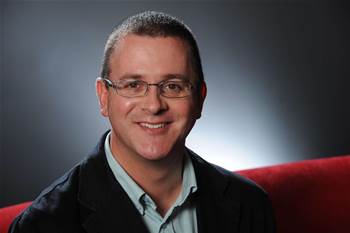 With only one operator, Southern Cross Cable, connecting New Zealand to the rest of the world, we face a monopoly that may offer us better rates, but equally may not.

Compare this situation with Australia, which already has four or five cables competing for customers, and looks likely to build at least one new system from Perth through Indonesia in the coming years, and the situation becomes critical for New Zealand.

The problem is simple — we have a small population and we're a long way from our target markets.

The Southern Cross Cable was built almost entirely off the back of Australia's bandwidth needs, not New Zealand's.

Pacific Fibre was to have been much the same — Australia is the market, New Zealand is the nice-to-have add-on.

And as Australia's needs grow, we see a new era of cable laying coming about. Telstra recently built its own cable to the US and bypassed New Zealand entirely.

Any future Australian cables heading to the US could easily follow suit — the need for low latency to the US will trump spending an extra $50-100 million to connect to some Kiwis over the ditch.

Without the Australian market factored into your numbers, the ability of a New Zealand consortium to build a second cable from here to the US is severely constrained.

Currently the broadband market in our part of the world is doubling in size every 18 months to two years and that's before we factor in the National Broadband Network or New Zealand's equivalent projects, the Ultra-Fast Broadband and Rural Broadband initiatives.

In the UK, the House of Lords has recommended dumping broadcast television entirely, selling the spectrum to mobile network operators and delivering TV solely via the internet.

Services like Quickflix, Netflix, Hulu and BBC's iPlayer are clearly the way of the future for broadcasting, despite rights holders' attitudes, and in the next decade we will see an explosion of content being made available online.

It will be the preferred medium for such things and will soak up enormous amounts of bandwidth.

All of that will pass New Zealand consumers by, unless we have competition on the international circuit.

The problem today isn't one of capacity, it's one of competition and pricing and users here only have to look at our miserly data caps to see the truth of the situation.

The two providers who have announced retail pricing for UFB customers — bearing in mind these services start with speeds of 30 Mbps down and 10 Mbps up — have data caps of 30 GB per month and 25 GB per month.

New Zealanders pay roughly four to five times what Australians pay for data, according to a recent report, and there's no sign of that changing with only one provider.

So what are the prospects for another consortium coming to the party? Pretty slim, I'd have to say.

Given the American's outright horror at any cable built by the Chinese, and given Chinese banks' insistence on the use of Chinese submarine experts, the odds are not good in the current climate.

The minister of the day, David Cunliffe, told them if there was such a strong business case they should fund it themselves and to their credit, they gave it a shot.

Now it's time for the New Zealand Government to realise that this project will require more than just a hearty slap on the back and best wishes — it will require government investment, whether it goes it alone or in partnership with existing players.

Paul Brislen is chief executive of the Telecommunications Users Association of New Zealand.